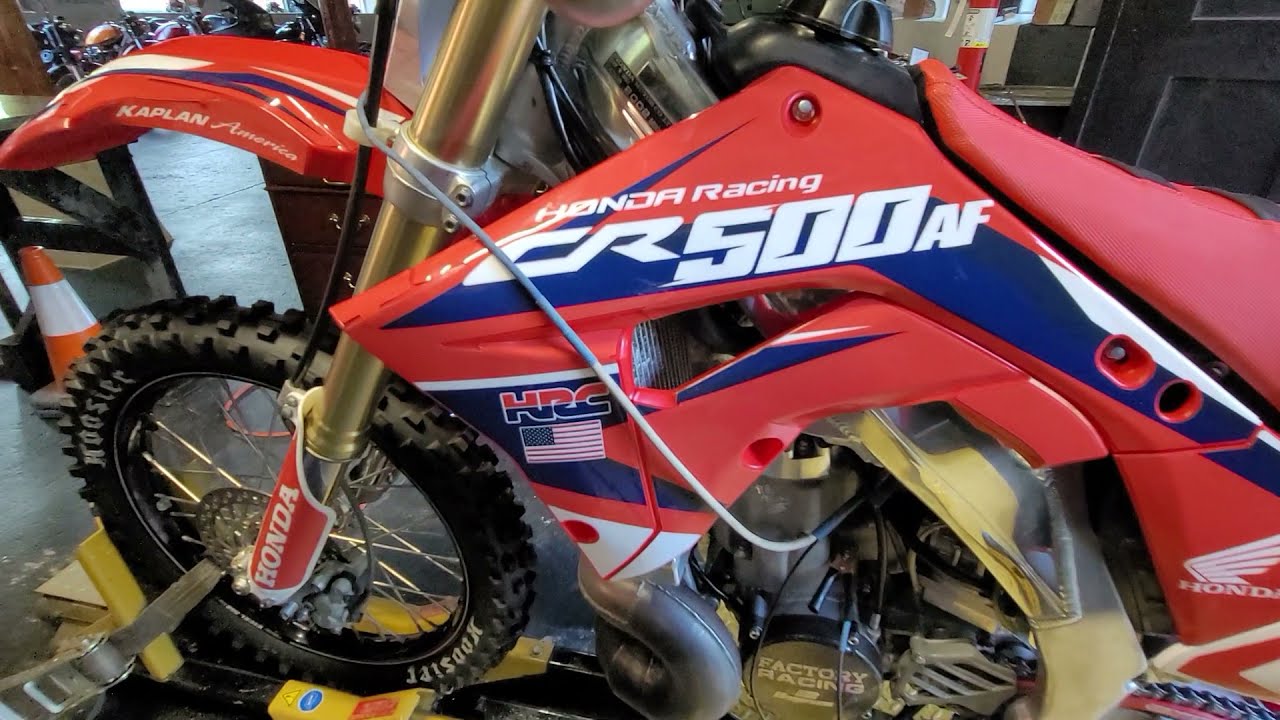 Little history on the CR500R

The CR 500 comes from the well established line of Honda’s two stroke dirt bike series called  the CR. The CR series started back in 1973 when Honda made the lake elsinore CR250. The CR 250 impressed everybody in the motorcycle community when it first came out. The CR series grew to be very successful and in 1981 the cr450 was made.

The Cr 450 was the first big bore 2 stroke in the CR series and it began to evolve in the years ahead. In 1982 the cr480 came out but it had a four speed gear box. In 1983 Honda continued the cr480 and put a 5 speed transmission gear box in. Then in 1984 Honda made the first CR500 and was nick named the “ping king.” Finally in 1985, Honda made the first water cooled CR500. The bottom end power is specially notorious for the years 1985 through 1988. These are the bikes that are starting to turn into quite the collector bike these days. For the years 89 and up, Honda smoothed out the power band by redisgning the head.

This also helped with kick starting since there was less compression to push down. Also the bike recieved some big exhaust changes that resembles modern two stroke exhaust designs. The bike stayed basically the same besides graphics throughout the years 1993 to 2001. 2001 was the last year of the CR500 then Honda discontinued them. This was due to the AMA 500 motocross races which were discontinued back in 1993.  There was no longer a designated motocross race for the bike to be in so Honda didn’t pay as much attention to the CR500 anymore. Instead, Honda spent most of the funding on the cr250 over the years. Now days, there is a new series of CR500 dirt bikes that come from Service Honda. These bikes are a combination of crf450 aluminum frames and a 2001 cr500 engine, the bike is called the CR500AF.

Check the whole video down bellow !!