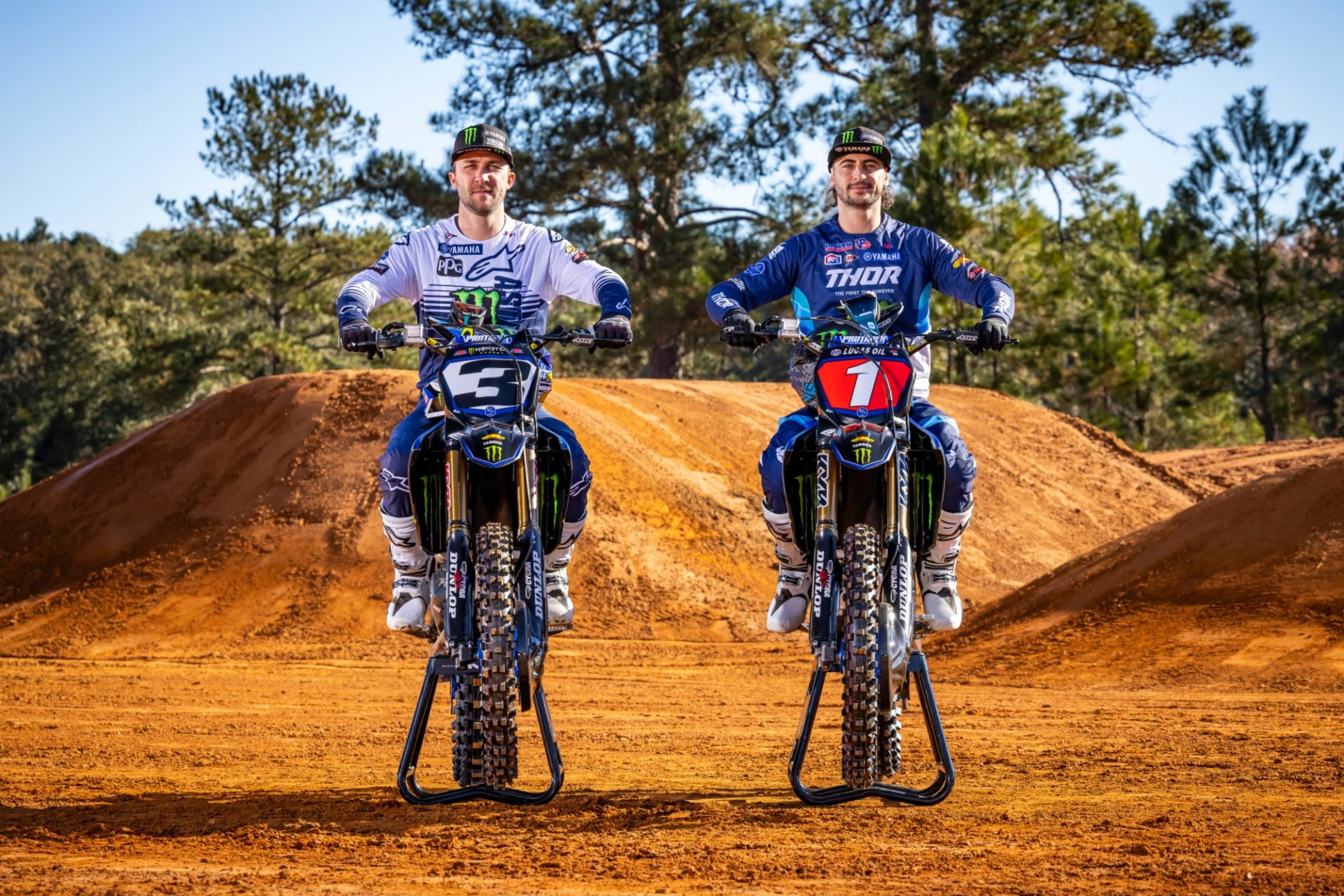 Monster Energy AMA Supercross season on January 8 in Anaheim, California. The team has been hard at work at their new facility in Cairo, Georgia, and looks to build on this year’s successful premier class debut.

Ferrandis is fresh off a stellar rookie year on the YZ450F, securing his first premier class title at the penultimate Pro Motocross round in Pala, California. The Frenchman also enjoyed a great start to his 450SX debut earlier in the year, scoring his first podium at the secondsh Supercross round in Houston, Texas. He looks to keep that momentum rolling into the New Year and fight for another number-one plate.

In addition to Ferrandis securing the title a weekend early, Yamaha Motor Corporation, U.S.A. earned Manufacturer of the Year honors, and the Monster Energy Star Yamaha Racing Team was named Team of the Year. The series also awarded Jeremy Coker Team Manager of the Year and the 450 Mechanic of the Year went to Ferrandis’ mechanic, Alex Campbell.

Jeremy Coker
Monster Energy Star Yamaha Racing 450 Team Manager
“This off-season has been one that I will never forget. We moved the team across the country and have a new addition with Eli, so it’s been a lot of long hours to prepare for the season, but it’s very exciting. Dylan and Eli have been working very hard and look amazing. Hard work pays off, and we saw that last year. I think 2022 looks to be even better!”

Dylan Ferrandis
Monster Energy Star Yamaha Racing
“Our off-season has been going great. We have been working really hard on and off the bike. We still have one month left to prepare for the 2022 Supercross season, but I’m pretty excited for my second season on the 450 and can’t wait for A1!”

Eli Tomac
Monster Energy Star Yamaha Racing
“December riding at the Star Racing facility in Florida alongside my teammates has been great preparation. We’ve all been pushing for the next level and are ready to go for the 2022 Supercross season!”