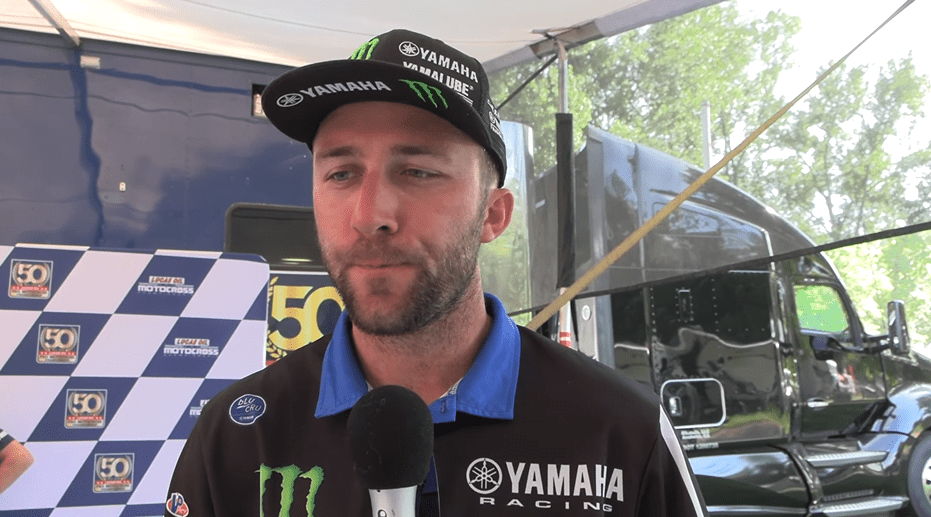 Eli Tomac and Chase Sexton set the pace in the opening moto at Millville as they duelled for the win and the points lead! Tomac took the holeshot but Sexton, gating fourth, kept chipping away and reeled Tomac in and then made the pass around the halfway mark. Just when it looked like Sexton had a pace good enough to win, the Honda rider went down in the ruts at the bottom of a hill and handed the lead and the win to Tomac with Sexton getting back up for Sexton.

Eli Tomac put on an early charge in race one to come from fourth to catch and pass race leader and title rival Chase Sexton with authority. But Sexton, with the points lead in the line, wasn’t about to give in and managed to latch onto Tomac’s pace. For the nexr 25 minutes Sexton matched Tomac every lap but just could not bring the gap down to under a second and mount a concerted pass attempt – but it was an intense effort!

In the end it was Tomac with a huge 1-1 and he now takes the red plate into Washougal next weekend with Tomac saying: “That was just crazy, I had my work cut out for me early and then he lated onto me. Thankfully I was good that whole moto that time, we made a bit of an adjustment that time and it paid off.”