| The Home of Motocross News
Home News Eli Tomac on RedBud – ‘I’m Feeling a lot Like my old... 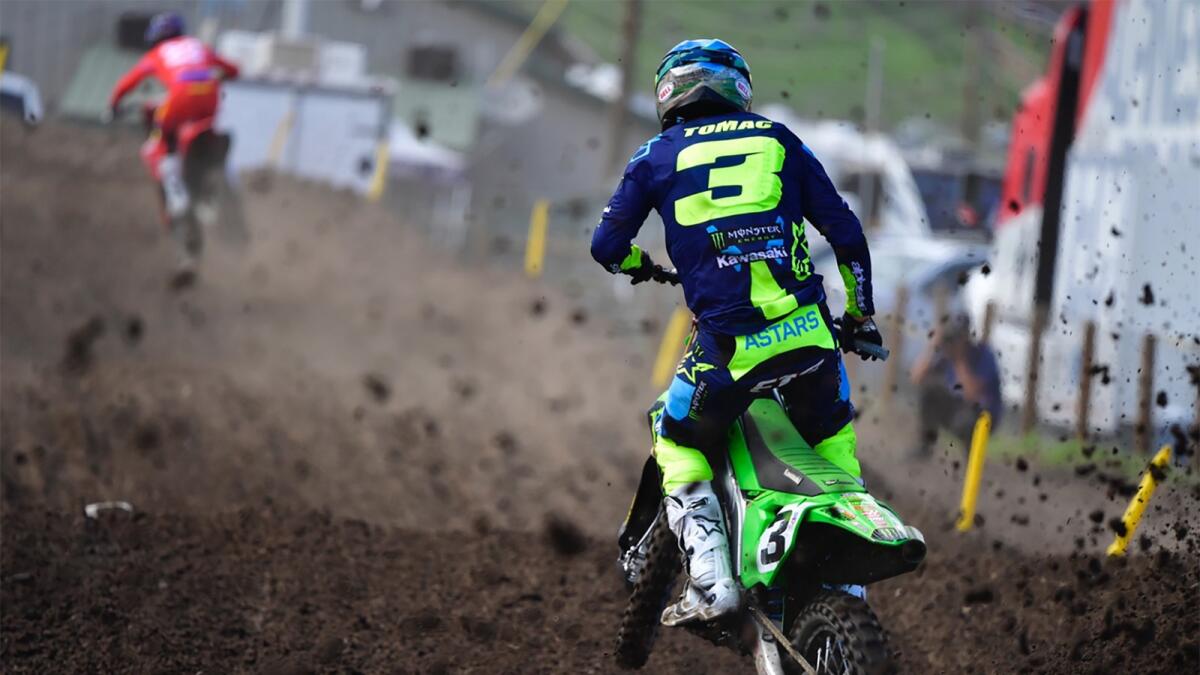 Three-time Pro Motocross champion Eli Tomac notched his second podium in a row at RedBud, stating he’s ‘feeling a lot like his old self on the bike again’ after taking the win in the final moto of the day.

With four rounds down in the 2021 Lucas Oil Pro Motocross season, Tomac has rebounded from what was a tough start to the championship, taking wins in two of the last four motos.

While he missed the podium in moto one at RedBud, Tomac grabbed the lead early in moto two and never looked back to take the win and second overall on the day.

“Despite missing out on the podium in Moto 1, I still felt good with how I rode,” Tomac explained. “Moto 2, however, was a much better race.

“I got a good start off the gate, which allowed me to battle for the holeshot and stick close to the lead rider before making a pass for first and pulling away. I’m feeling a lot like my old self on the bike again and think I’m ready to get back to consistently battling for podiums and wins.”

After Monster Energy Kawasaki announced a split with Tomac at the end of the season, it’s still unconfirmed where the 29-year-old will head for the 2022 season.