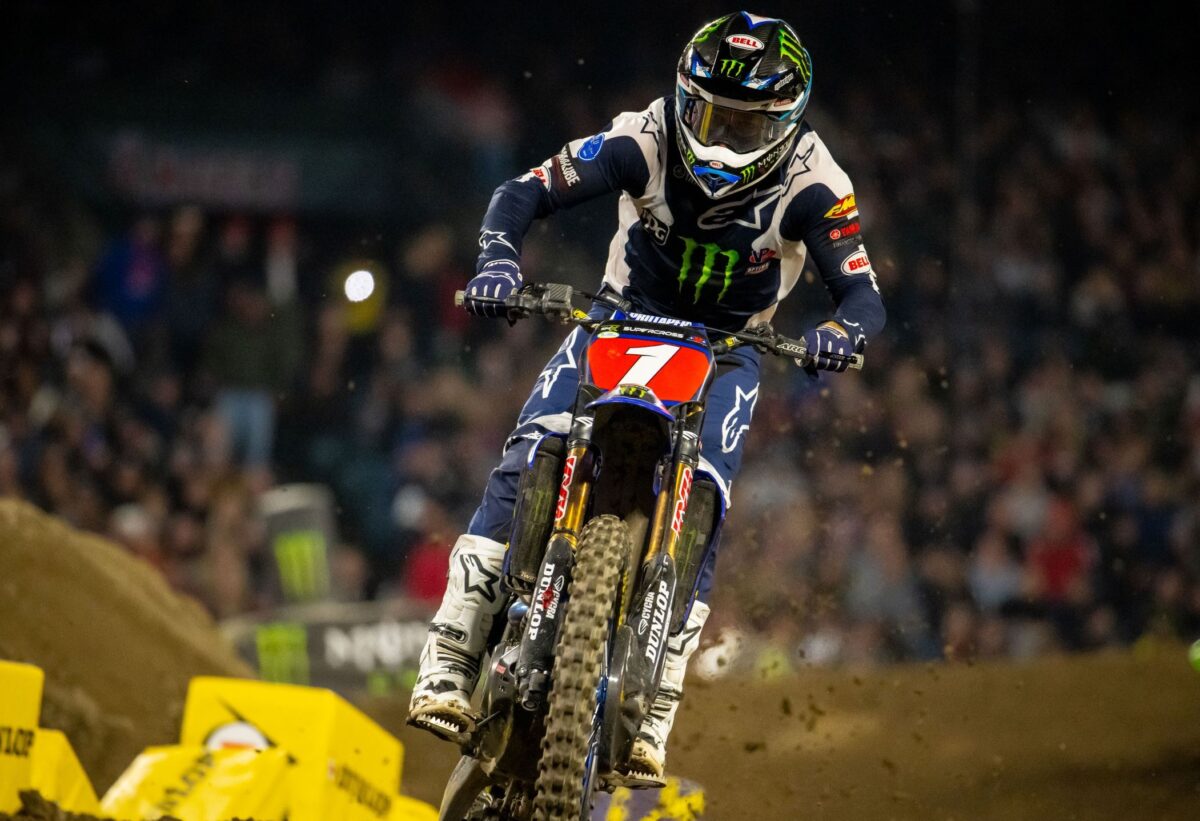 Monster Energy Star Racing Yamaha Eli Tomac put on an incredible show at the opening round of the 2023 Monster Energy AMA Supercross season at Anaheim 1 on Saturday night. After taking the lead on lap 4, Tomac had a strange crash while scrubbing the bridge. Despite this mishap, he managed to make a comeback and reclaim the lead on lap 18, and claim the win at A1. It was an unbelievable performance.

“It was an amazing Anaheim 1! It’s pretty special for us to do this at round one with a new platform, and for me, it’s been 10 years that I’ve been in the 450 class, so it feels good to get this win,” Tomac said. “It was an unbelievable day for us as a whole. I was P2 in practice and was very close to first place there, and then in the heat race, I got the holeshot and ran away with that one. That was awesome. In the main event, there was so much that happened there. I was really close to the holeshot again. I was right there and battled with Justin (Barcia). I made a pass for the lead and then made a mistake. I had a crash on the tunnel jump and ended up washing out. At that point in time, I thought the chance at the lead again was maybe over, but thankfully my bike was still straight, and everything was good. I somehow made it to the front of the pack again, so it was a wild turn of events, but overall the bike worked so well today. We’re off to the right start.”

With his big win on Saturday, Tomac broke a tie with Chad Reed on the all-time Supercross wins list. Tomac now has 45 career wins and trails the GOAT, Ricky Carmichael, by just three wins.