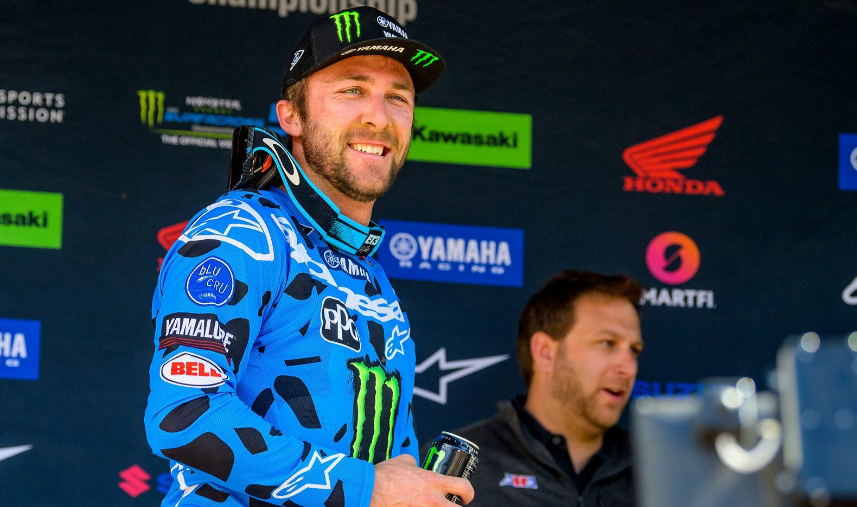 Monster Energy Star Racing Yamaha has officially announced the re-signing of new 450SX champion Eli Tomac and defending 450MX title-holder Dylan Ferrandis for 2023. Tomac was on a one-year deal with the team and claimed seven main event wins en route to clinching the 450SX title one round early. He is out for the supercross finale today due to a knee injury but is expected to be healthy for the Lucas Oil AMA Pro Motocross Championship, which starts May 28. After claiming the title at the 16th round, Tomac was asked about his future plans. He commented:

“Yeah. I’m not saying I’m not racing next year. I’m trying to sign my next year right now, actually. That’s in the works. So heck yeah. I want to keep going.”

It appears Tomac’s deal might be supercross only, as the press release from Yamaha stats the Colorado native “will return with the Monster Energy Yamaha Star Racing squad for the 2023 supercross season.”

Ferrandis is in the middle of his second season with the factory 450 Yamaha effort. The French native suffered a wrist injury at the tenth round of supercross but is heading into Pro Motocross looking to defend his title. Steve Matthes had reported recently that he heard Ferrandis would be back with BluCru, which is now confirmed. Tomac and Ferrandis finished second and third, respectively, at the third round San Diego Supercross.