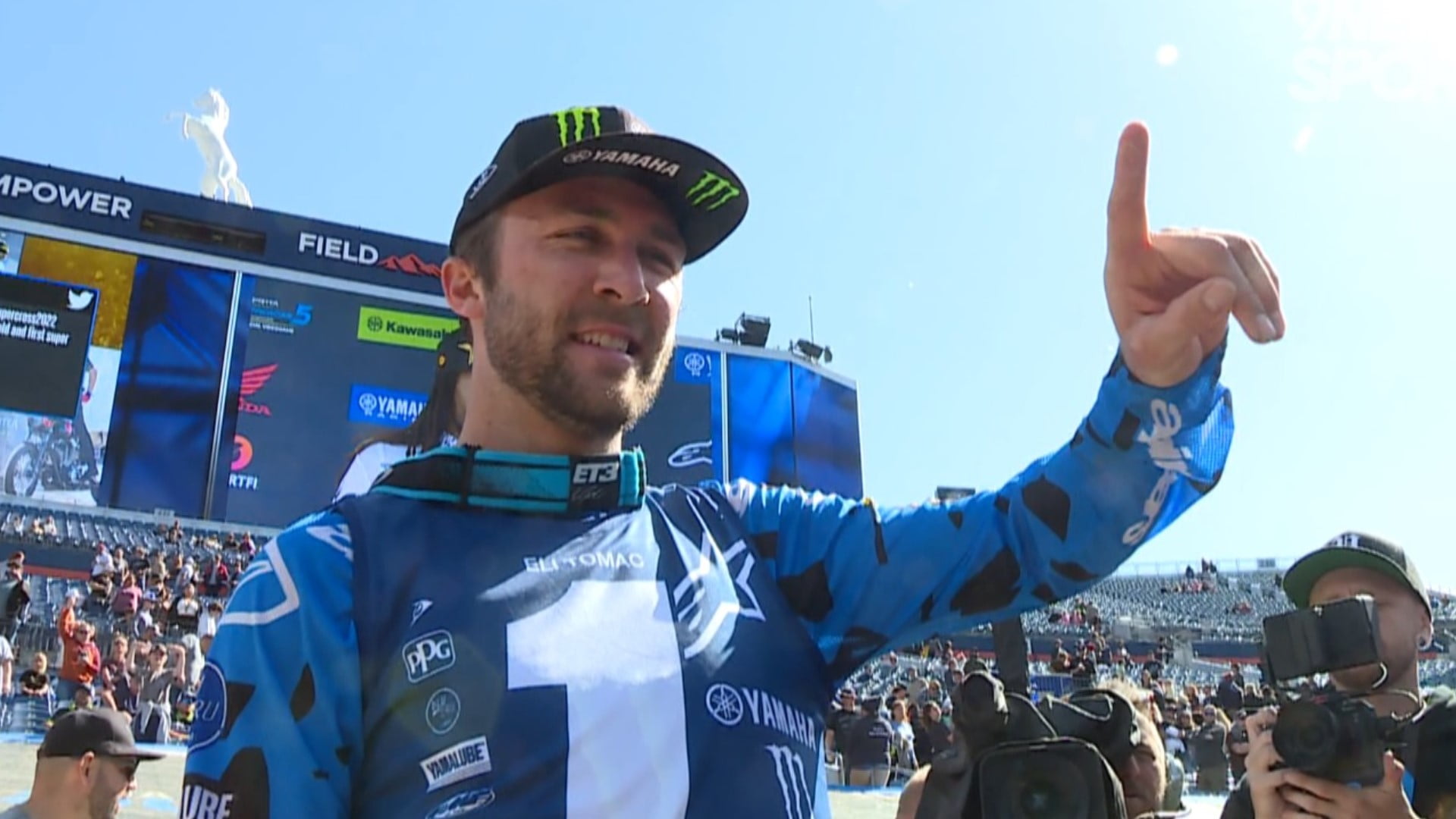 Tomac had an amazing Supercross season winning 7 of 17 races with his new team including four additional podium finishes while claiming his second Supercross championship. Tomac’s seven race victories in 2022 brought his career total to 44, landing him in a tie for fourth with Chad Reed on the all-time Supercross wins list.

Tomac joins Ryan Dungey as the only Supercross/motocross athletes to win the award. Dungey won in consecutive years in 2015 and 2016.

Travis Pastrana was the only other motorcyclist to win the award back in 2007 when he was recognized for his double backflip in 2006 and winning three gold medals at X Games in Moto X Best Trick, Moto X Freestyle, and Rally Car Racing.

The Action Sports category is traditionally dominated by the major board sports (surf, skate and snow) and since 2008, every single winner in the ESPYs for Action Sports in both male and female categories has come from one of those arenas. In 2007, Travis Pastrana received the honor, the first time that anyone identifying as a motocross athlete had won at the ESPYs. Ricky Carmichael has been nominated, and James Stewart, as well. But neither ever pushed past the skate, snow, surf and BMX athletes to win it. Pastrana’s double backflip at the X Games in 2006 sealed the deal for him, and moto, at the top.