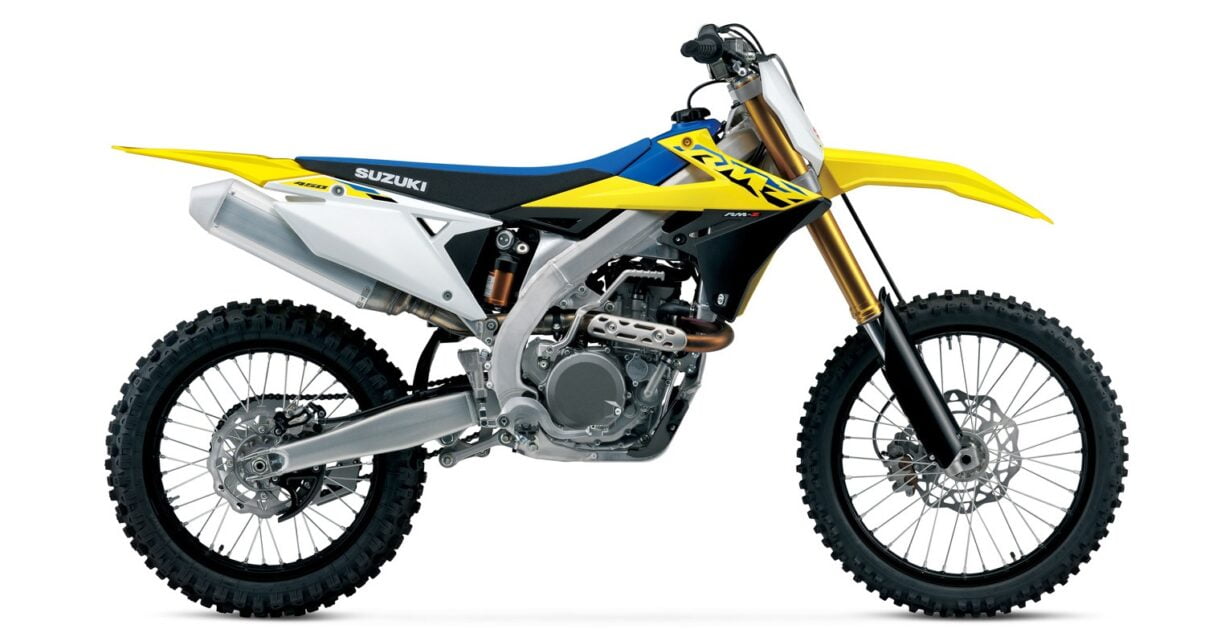 No major changes again for 2023, but Suzuki did sweeten the deal with some extras. Now, when you buy a 2023 RM-Z250 or 450, you get a full Yoshimura system and RM Army graphics kit.

Tuning the electronic fuel injection and ignition systems for maximum performance is easy thanks to Suzuki’s smartphone-based MX-Tuner or proven fuel-coupler system that is included with each 2023 RM-Z450.

The Champion Yellow bodywork is enhanced with a graphics package that features distinctive striping and Suzuki logos.

RM-Z250
The choice of wise professionals and privateers everywhere, the 2023 RM-Z250 is ready for battle. The agile RM-Z250 combines the sleek, race-ready appearance of the RM-Z450 with a versatile engine and responsive chassis to deliver superior performance. Using Suzuki’s “RUN, TURN, and STOP” philosophy, factory engineers have made the RM-Z250 a formidable competitor.

The RM-Z250 has always set the standard as the best handling 250 on the track. Fed by a dual injector EFI system, a center-port cylinder head, and an AMA-compliant exhaust, the RM-Z250’s engine delivers strong, usable power through the entire rev-range.

The twin-spar aluminum frame and hydro-formed swingarm carry a KYB-supplied suspension that includes a coil spring fork and a shock with four-way damping force adjustment. Strong brakes and ergonomically shaped bodywork help keep the rider in control as the RM-Z250 carves up the racetrack.

Tuning the fuel injection and ignition for maximum performance is easy thanks to Suzuki’s smartphone-based MX-Tuner and proven fuel-coupler system. Suzuki’s Winning Balance is on display with the 2023 RM-Z250 as it maintains its high standard for cornering performance.

The Suzuki Champion Yellow bodywork is enhanced with distinctive striping and logo graphics.

This promotion will run from July 1, 2022, to September 30, 2022. The RM Army Edition parts and decals will be shipped to the dealership where the rider purchased the bike after registration is complete.

RM85
The 2023 RM85 continues to carry on the powerful tradition of racing excellence in the Suzuki motocross family. The reliable two-stroke engine produces smooth power at any speed with an emphasis on low- to mid-range performance. Just like its larger RM-Z cousins, the RM85 delivers class-leading handling for both experienced and rookie racers alike. With its smooth power delivery and lightweight handling, the RM85 is the perfect motocross bike for anyone learning to race—and striving to win!