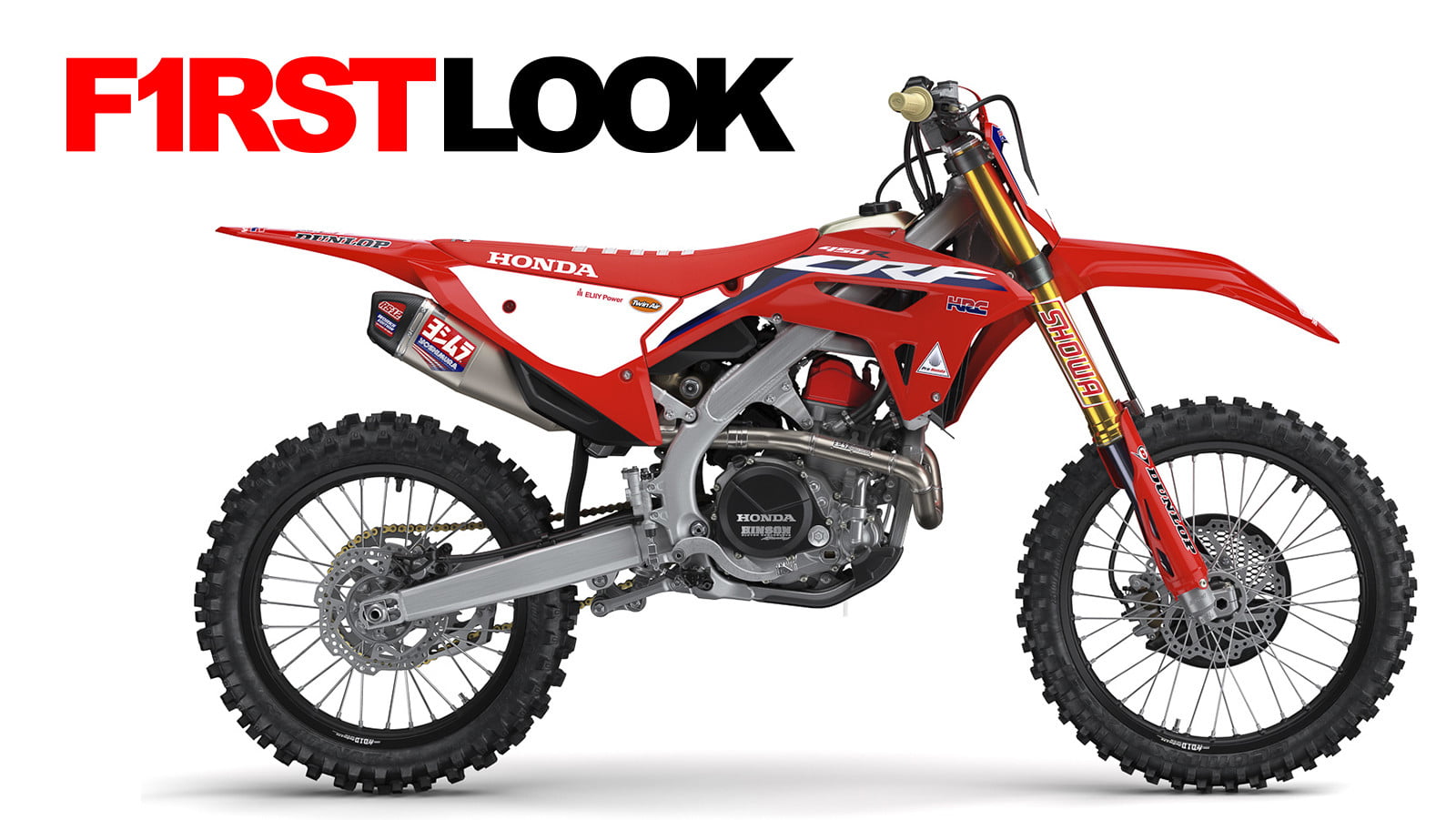 American Honda today announced the return of the CRF450R motocrosser for 2022, as well as its five siblings that specialize in a variety of applications. The clear point of reference when it comes to motocross, Honda’s CRF450R currently leads the 2021 AMA Supercross series, at the hands of Team Honda HRC’s Ken Roczen, while the CRF450RWE adds top-shelf performance features for the most demanding customers. The CRF450X opens things up a bit to closed-course off-road racing, whereas the CRF450X expands horizons to everything up to and including the deserts of Baja. Meanwhile, the CRF450RL adds the possibility of linking trails and dirt roads via public roads. Finally, there’s the CRF450R-S, a great option for value-focused motocrossers. Add them up, and it’s a collective of dirt bikes that covers the needs of motorcycle enthusiasts who enjoy getting dirty in any number of ways.

“Back when we first expanded our CRF450 lineup for the 2019 model year, our goal was to offer application-specific models that would put Red Riders at the front of the pack no matter what their preferred means of dirt-bike riding,” said Brandon Wilson, Manager of Advertising, Experiential and Sports at American Honda. “Three years later, the family has expanded and improved, and the 2022 collection is better than ever. We expect these bikes to continue to run at the front of the pack, in the dirt and on dealer showrooms.”

Honda’s CRF450R continues to be the powersports industry’s benchmark motocrosser, carrying Team Honda HRC’s Ken Roczen to three 2021 AMA Supercross wins so far and, together with its limited-edition CRF450RWE sibling, posting the most U.S. sales of any MX model. For 2022, the legendary machine gets an updated ECU for enhanced drivability, particularly in the lower rev ranges, while suspension valving is revised for better holdup and improved balance. “Razor Sharp Cornering” continues as the model’s theme, with three main focus areas: power, handling and consistency. Unsurprisingly for the platform campaigned by Roczen and teammate Chase Sexton, as well as reigning FIM World Champion Tim Gajser, the CRF450R continues to draw lessons from Honda Racing Corporation’s global race program.

For those who demand the absolute best when it comes to motocross performance, the premium CRF450RWE (“Works Edition”) is based on the legendary CRF450R, but with a long list of elite-level upgrades based on the machines in the Team Honda HRC factory race shop. As is the case with the CRF450R, this model gets an updated ECU and suspension valving, for improved drivability and balance, respectively. The CRF450RWE is the clear benchmark with it comes to setting low lap times.

The CRF450RX is well-suited for closed-course off-road competition such as GNCC, WORCS and NGPC, as proven at the national-championship level by SLR Honda and JCR Honda. Based on the motocross-focused CRF450R, it has off-road-specific features like dedicated ECU and suspension settings (both of which are updated for 2022, for improved drivability and balance), plus an 18-inch rear wheel, aluminum side stand, handguards and a 2.1 gallon fuel tank. The combination yields a race machine that’s ready to chase arrows and ribbon wherever it finds them.

“Legendary.” “Dominant.” “Unbeatable.” In discussions of motorcycle racing in Baja, those are just some of the suitable adjectives for the CRF450X, which earned Honda’s record 30th Baja 1000 victory last November, at the hands of SLR Honda riders Mark Samuels, Justin Morgan and Justin Jones. A record 14 of those wins have come aboard the CRF450X, firmly establishing it as the ultimate desert-racing weapon, but it’s also a great trail machine, thanks in part to its 50-state year-round off-road-legal status, plus off-road appropriate features like a side stand, 18-inch rear wheel, headlight, sealed chain and six-speed transmission.