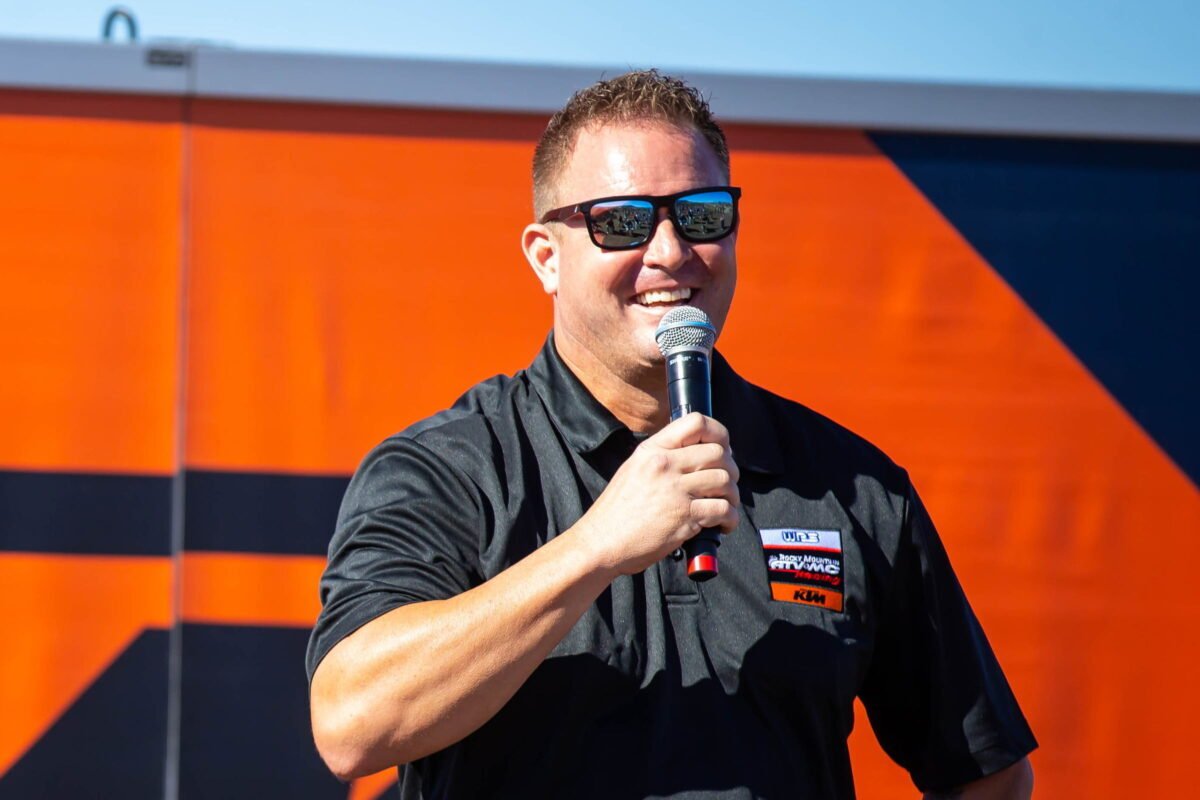 Team manager Forrest Butler and owner of Butler Brothers MX has responded to Chris Cooksey’s allegations that his team is folding in a recent video.

Forest said the following in a statement:

Hello to all: This is Forrest Butler, owner of Butler Brothers Mx, LLC, in short – the BBMX race team. I refer to the Team as BBMX at this time, as this message is in respects to ALL of the great Sponsors, Riders, Staff, Friends and most importantly to me personally – the Fans.

2022 marks the 19th year since BBMX was truly named and registered as the business, Butler Brothers Mx, LLC. Over these 19 years we have held a number of different Sponsor Title names and without all of them we would not be here today, and without all of our Current Sponsors we wouldn’t still be going wide open!

So yes, to ALL that have ever been a part of and to all that still are a part of – Thank You!!

This message is in regards to the absolute FAKE and FALSE allegations made up by Chris Cooksey and his Cooksey Media. In referring to the Team as “BBMX”, here are the Facts against what Cooksey says in his self made interview:

Yes – We have had a change within the BBMX sponsor wise, as we are no longer affiliated with Rocky Mountain ATV/MC. We do have a new Title Sponsor in line, and we will be announcing them in near time. None the less and again as spoken above, BBMX is still 100% in business.

As per our Riders, both Shane McElrath and Max Anstie will be returning this weekend in St. Louis, back from injuries. Joey Savatgy is continuing to heal up nicely from his total ACL repair done following round 3 of the San Diego SX, and is currently expected to make his return by the start of Outdoors.

I can say and speak to all right now: That I have absolutely no idea what or why Chris Cooksey has it out for me. Up until this past May (2021), I had never even heard of his name. And I only became aware of who he was when some sent me a link to a negative, false video he had made of me and BBMX. For a couple of weeks he was relentless, but I quickly came to realize that it wasn’t just me he was making these ridiculous video’s and claims about. He was doing it to a number of others, from Rider’s to Promoter’s, it was not something I wished to be associated with.

The worst, and I speak this from that absolute deepest and truest part of my heart, is the insult or slap in the face it is to ALL of my Team’s Sponsors, Staff and Rider’s. We have the best Sponsors, the best. Our current Riders and Staff had a heck of an off-season, and certainly have experienced the highs and lows of the first 2/3’s of this SX season. Post’s like this are poison, and I would like to be able to say directly to all I opened to with this message: I will not engage with any negative posts like Cooksie’s out of the All Due Respect to every single one of BBMX’s amazing Sponsor’s, Staff and Rider’s. They are the heart and soul of everything to me, and they deserve nothing but THE BEST.

As the owner of BBMX, I have seen the darkest days and the brightest. And just as it seems in life, it always seems to be “darkest before the dawn”. Thank you to everyone that gave the time to give this a read, and hope to either see you in St. Louis this weekend or at the very next race you attend. By all mean’s, whenever you do make it to your race – stop by and say hi. You know my name, just grab a crew member – I would love to shake your hand for supportin’ the sport.