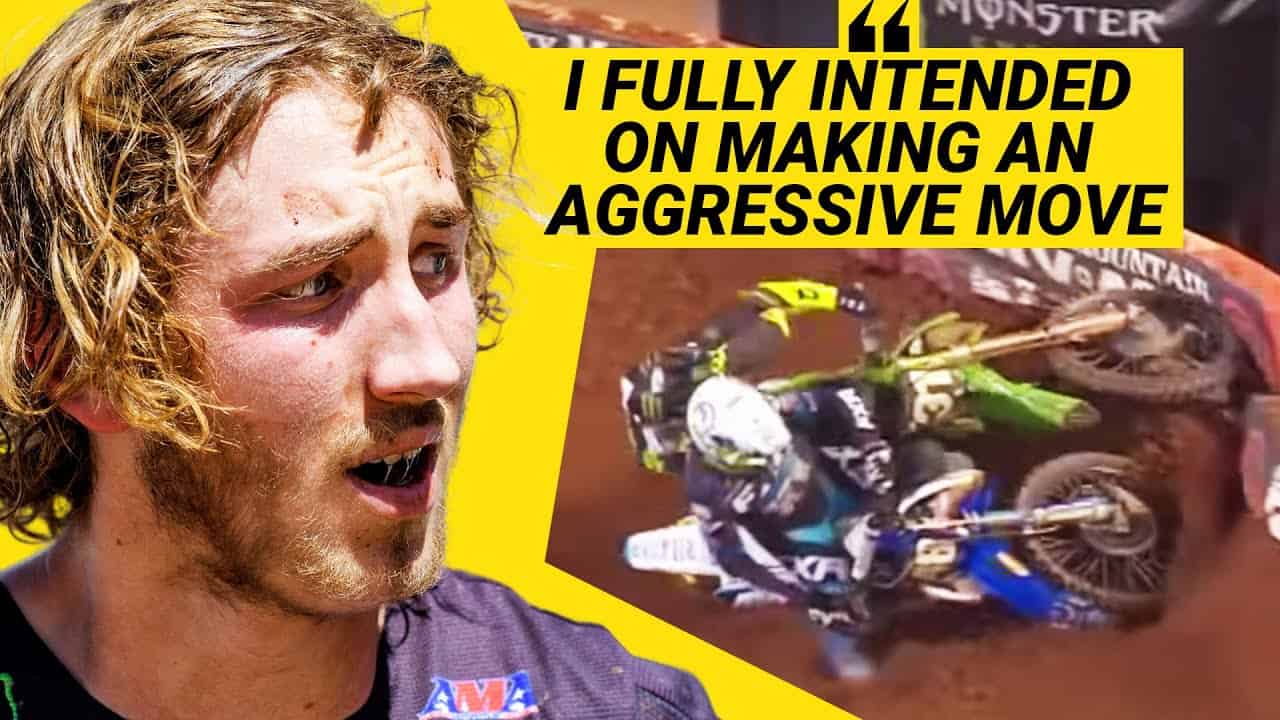 Garrett Marchbanks has revealed he’s been subjected to death threats since taking out Cameron McAdoo in Atlanta’s 15th round of Monster Energy Supercross.

The incident saw Marchbanks take McAdoo and himself out in the later stages of the main event while battling just inside the top 10, which ultimately ruined both of their nights.

The clash has led to an outpouring of criticism amongst race fans, and it even prompted the Greatest of All Time Ricky Carmichael to call out the ClubMX rider, stating the move was simply uncalled for. However the criticism has gone a step too far, with the former main event winner Marchbanks indicating both himself and people within his circle have been on the receiving end of death threats. The Yamaha rider made a statement on social media, where he declared the aggressive pass was intentional and went onto apologise for his actions.

Marchbanks said: “I’m typing this message to do my part and own up to a mistake that I made that should have never happened in the first place…I fully intended on making an aggressive move solely because I was cross-jumped multiple times, I let my emotions get the best of me because of red flags and honestly felt like he was a hazard at the time. I realise now that that is absolutely no excuse to go and clean someone out the way I did my any means.

“I’m not asking for sympathy but I do ask if the death threats towards myself and the people in my life could end…right now I am going to take a break from social media to gather my thoughts and learn from this mistake before the final round of supercross.”

Marchbanks also refuted the rumours that he took McAdoo out as revenge for being let go from the Pro Circuit team last season. See his full statement below: