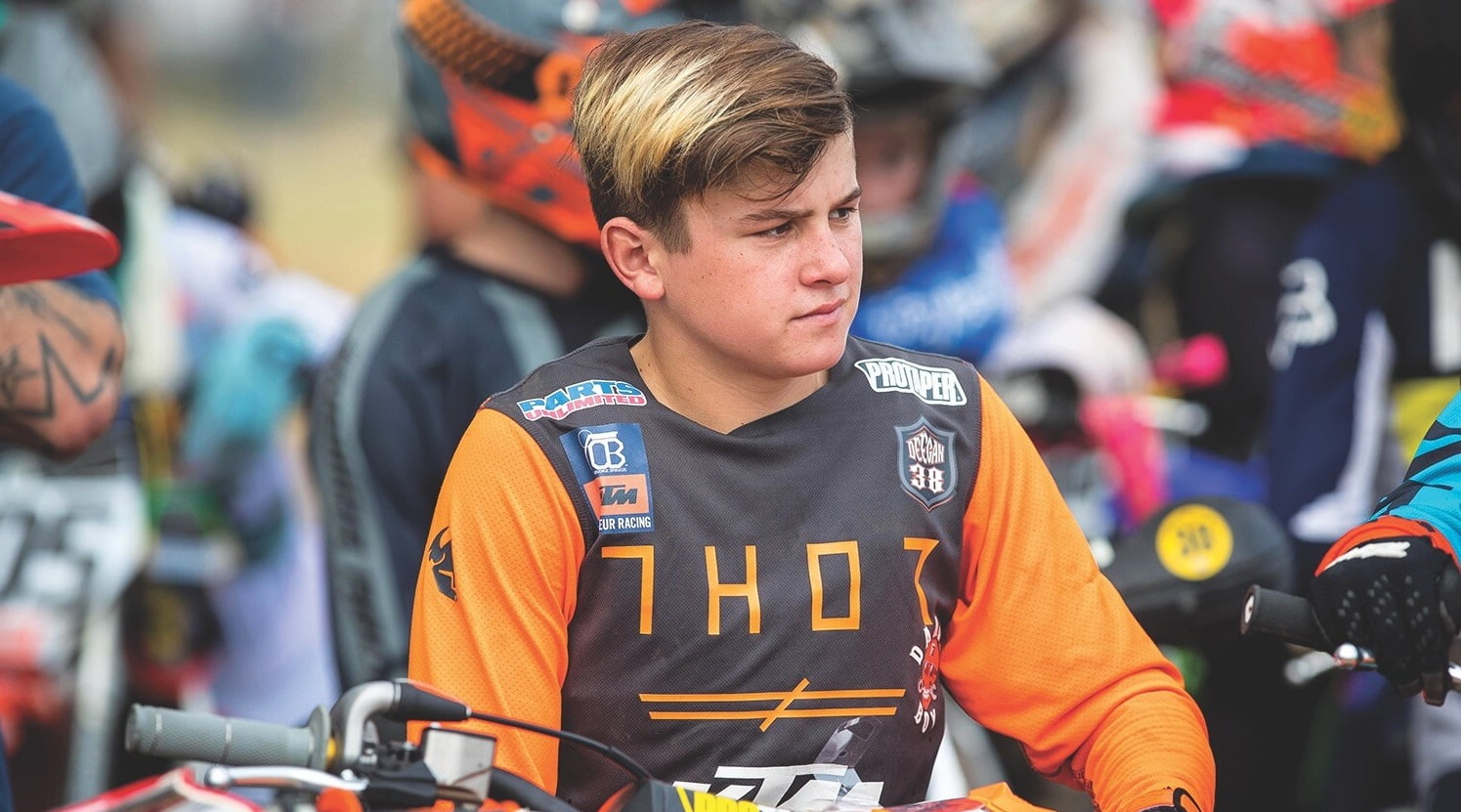 Haiden Deegan is leaving KTM following eight years together. Where do you think the highly-rated amateur is heading for 2022 and beyond?

Haiden Deegan, son of famed Supercross racer, Freestyle rider and founder of the Metal Mulisha Brian Deegan, has a very smart marketing team constantly following him with cameras and they do a great job of grabbing attention and teasing news out into the world. We had the chance to test Haiden Deegan’s KTM 112 Supermini last year at the Deegan compound.

Lately, the topic of conversation has been whether the popular young racer will stick with KTM and transfer over to the Red Bull KTM Pro team or if he will switch from orange to blue and sign his first big bike contract with the Star Racing Yamaha team. It seems natural that he would join Roger Decoster, Ian Harrison and the successful Red Bull KTM team. However, this would mean he’d have to give up his sponsorship with Monster Energy, a brand his Dad has been with for many years and a brand that has supported Haiden his whole life. At 15-years-old, Haiden has some big decisions to make. This “Thank you KTM” video simply be marketing scheme and he could turn around and announce that he’s signed with KTM for more years soon, or, more likely, he and the Star Racing Yamaha team will announce their new partnership next week. Only time will tell.

Video of Haiden Deegan on a Factory KTM SXF250