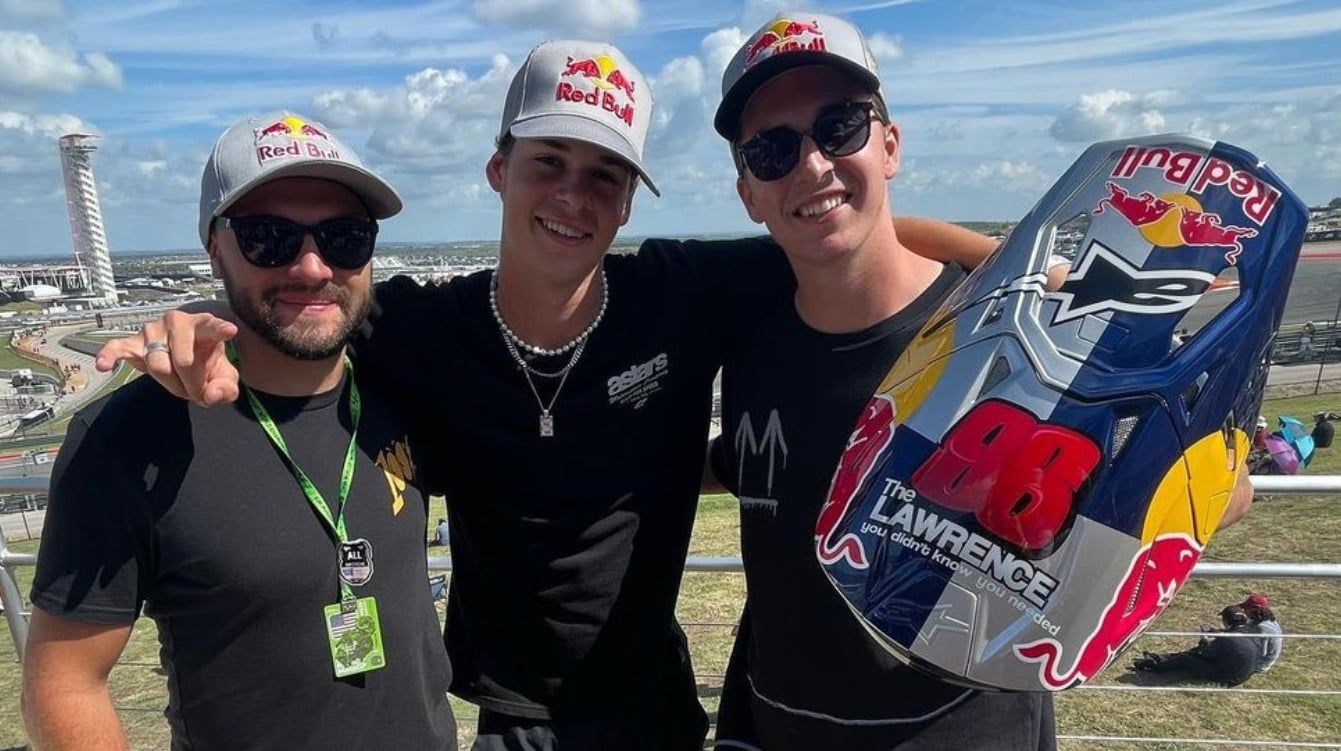 Hunter is now a Red Bull athlete too!

Red Bull has one brother and now they have the other as well. Read the message on the helmet by the way, it’s good for a chuckle. Congrats Hunter!

It’s a smart move that allows the energy drink company to market the two brothers who are in a unique position in the sport of both being elite level title contenders and highly marketable globally, being charismatic Aussies racing in the USA who also previously raced the world championship.

Jett presented a delighted Hunter with his helmet…