| The Home of Motocross News
Home News James Stewart Invites Herlings and Cairoli to Train at His Compound!! 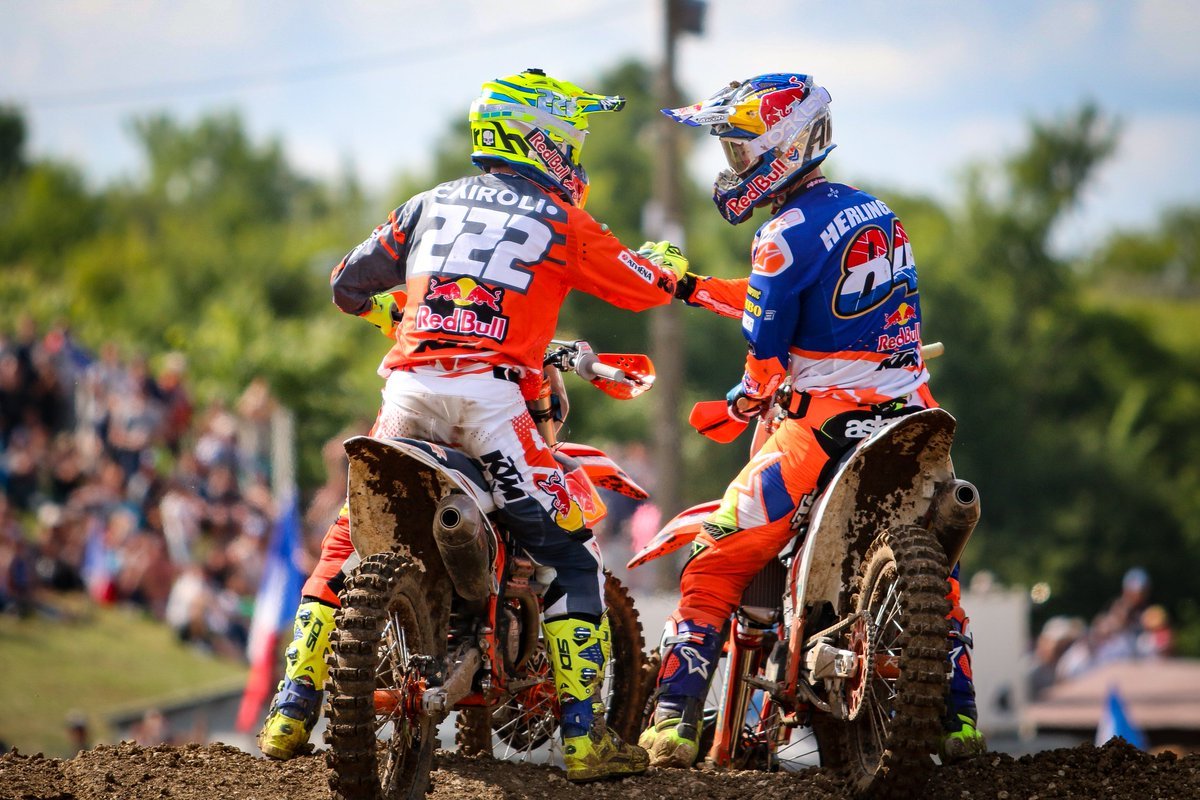 James Stewart on the latest Bubba’s World podcast has invited Jeffrey Herlings, who is a big fan of Stewart, and Antonio Cairoli to ride and train at his compound as two of the greatest in MXGP history consider riding the US Nationals in 2022.

Stewart said: “Jeffrey, I know you listen, come on baby, we got a compound out here! Cairoli hit me up and said he wanted to come out here, I thought it was strange, said he was going to be at Aldon’s or over in that area, so you too Cairoli!”

Herlings and Stewart of course might just be the two fastest dirt bike riders this planet have ever produced on raw speed but injuries and crashes have reduced their championships from being in line with their race wins.

Herlings is currently on 99 GP wins, has won five world titles but is still five away from Everts record of ten but yet he is only three GP wins away from breaking Everts 101 GP win record. Herlings is also four off Cairoli’s nine world titles despite having more wins than the legendary Italian who is third all-time on the GP win list with 93 and second on the world titles hierarchy, just one behind that man Everts.

James Stewart has two 450 supercross title wins but 50 overall premier class race wins, second only to Jeremy McGrath who has 72 and even ahead of Carmichael who has 48 wins but five titles, Villopoto has 41 wins with four titles and Dungey, who has 35 wins and also four supercross titles. But Stewart does have the all-time win record in the 125 motocross class by two (28) over Ricky Carmichael and five major titles (just like Herlinngs) when you add in his two 125 and one 450 outdoor national championships.

If all three ride together at Stewarts it would be quite the tally of race wins, titles and pure speed with three of the greatest to ever ride a dirt bike coming together for some iconic riding sessions.

If Jeffrey Herlings needed anymore incentive to race some or even all of the US Nationals, this will probably do it!