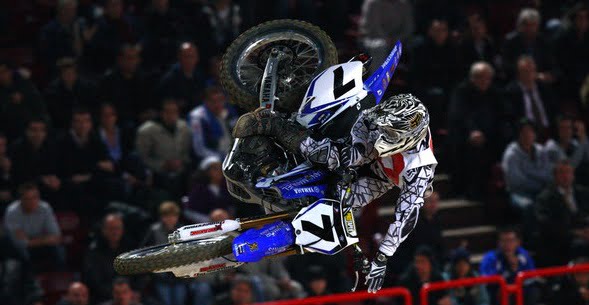 Another segment of the James Stewart podcast as he talks about the Paris Supercross and all the drama of the event, but also his feeling of feeling used at the event and doing too many races.

Not sure I agree with his attitude to this event, they paid him well in Paris. Lining your pockets with gold and then complaining about being used won’t make the French promoters happy on his attitude. Great insight though from the former AMA champion.

On having a similar crash to Febvre’s…

I kind of did what Febvre did and looped out. I was what felt like ten minutes in the air. This was in like 2018 and I was thinking I was too old for this. It shouldn’t have happened but it happened, I looped out and fell in a ditch. The way I hit it was like Febvre up in the air and I was like, I’m too old for this and this is why I don’t ride.

It’s just tough, a tibia and a fibula? damn, you have to learn to use those legs and suspension. These GP guys, he wouldn’t have crashed like that at an outdoor race. What I think is that they’re not used to the air like Supercross timing and as good as they are, I would take a couple of them if you put them against Tomac and Ferrandis. Those guys when they’re on it and at a Motocross race, I would probably pick the GP guys because they’re that good but at Supercross, this was like an Arenacross track and they struggle.

Listen the full podcast down bellow in case you missed the first episode of Bubba’s World 2021 !!