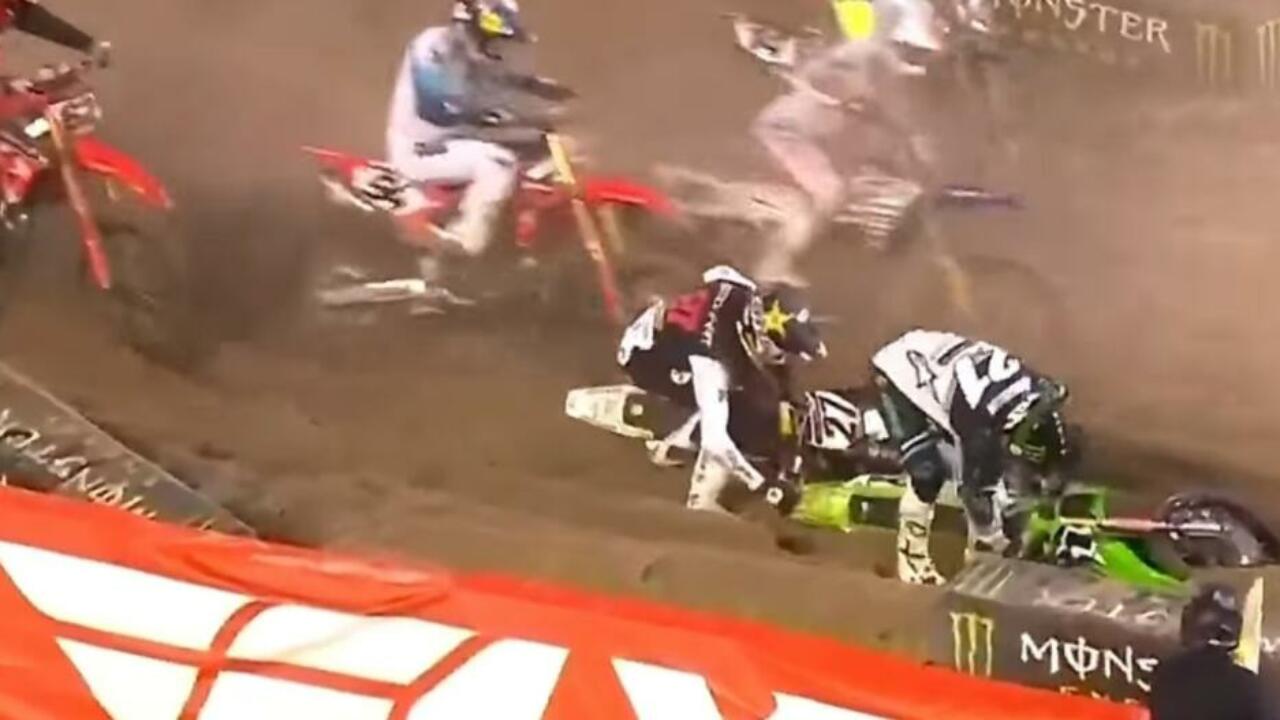 Jason Anderson and Malcolm Stewart for the second straight week found themselves together on the track. This time it was early in the race and cost both valuable positions.

In turn two in the 450 main at Daytona, Anderson came in strong and bumped into Eli Tomac, who was sandwiched into Stewart. In the following turn, Stewart hit the rear wheel of Anderson and the two went down.

You can watch the battle down bellow !!

Stewart would come back to seventh with Anderson in eighth.

The AMA announced after the event that both riders had been docked one position for “off track advantage” pushing them to eighth and ninth, respectively.

Below are the updated results from Daytona.