| The Home of Motocross News
Home News Jason Anderson – “I’m Planning on Giving it My All in Indianapolis... 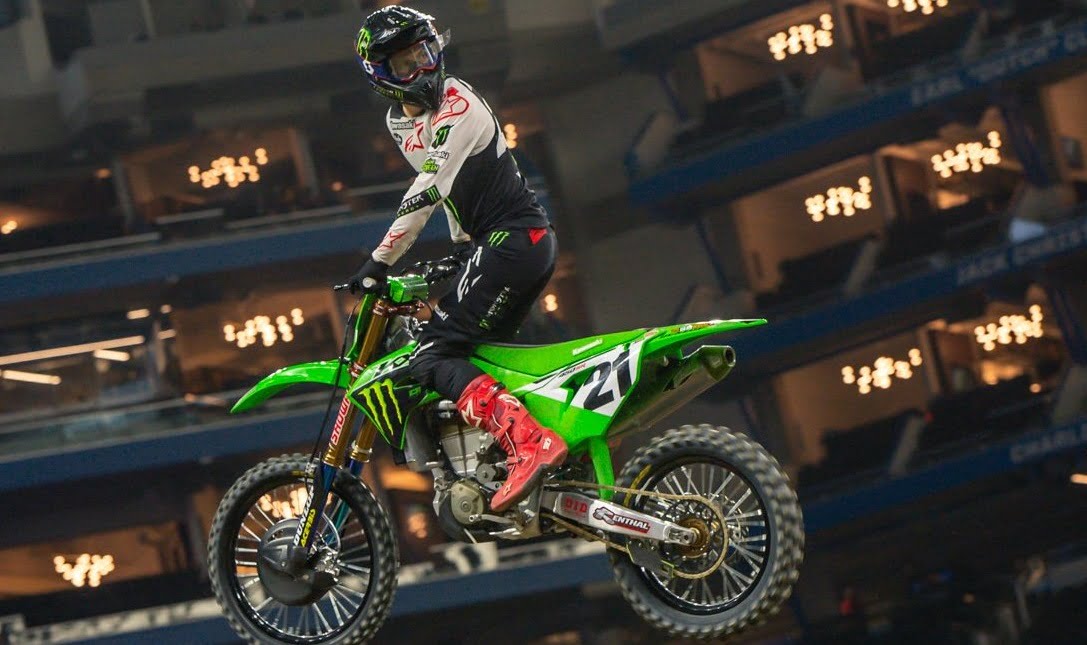 Monster Energy Kawasaki Jason Anderson has avoided any major injury in his curious exit from Round 10 Detroit 450 Supercross main event on the weekend, intending to race-on and give it his all this coming weekend in Indianapolis.

Anderson entered round 10 needing a strong result after his previous two outings were impacted by collisions with Malcolm Stewart and he made his intentions clear by swiftly making his way to the front in the main.

Just past half distance, Anderson was passed for the lead by red plate-holder Eli Tomac and, knowing the importance of pushing Tomac in order to keep himself in title contention, the Monster Energy Kawasaki rider tucked the front-end, before remounting and riding into the tuff blocks and back off-track almost immediately to signal the end of his night.

Jason Anderson: I was feeling really good today from the start of the first practice. Probably the best I’ve felt racing in Detroit, and I think my performance throughout the night showed I had what it took to win tonight.

Unfortunately, I pushed a little too hard while challenging for the lead and had a crash that ended my race early. It’s unlucky, but these things happen. I’m just glad I feel fine right now and am planning on giving it my all in Indianapolis next weekend.”

Anderson now faces a 42-point deficit to Eli Tomac in the 450SX standings with just seven rounds to go, the 2018 champion needing a major shift in momentum during the back-end of the season if he want’s the second supercross title in 450SX Class.