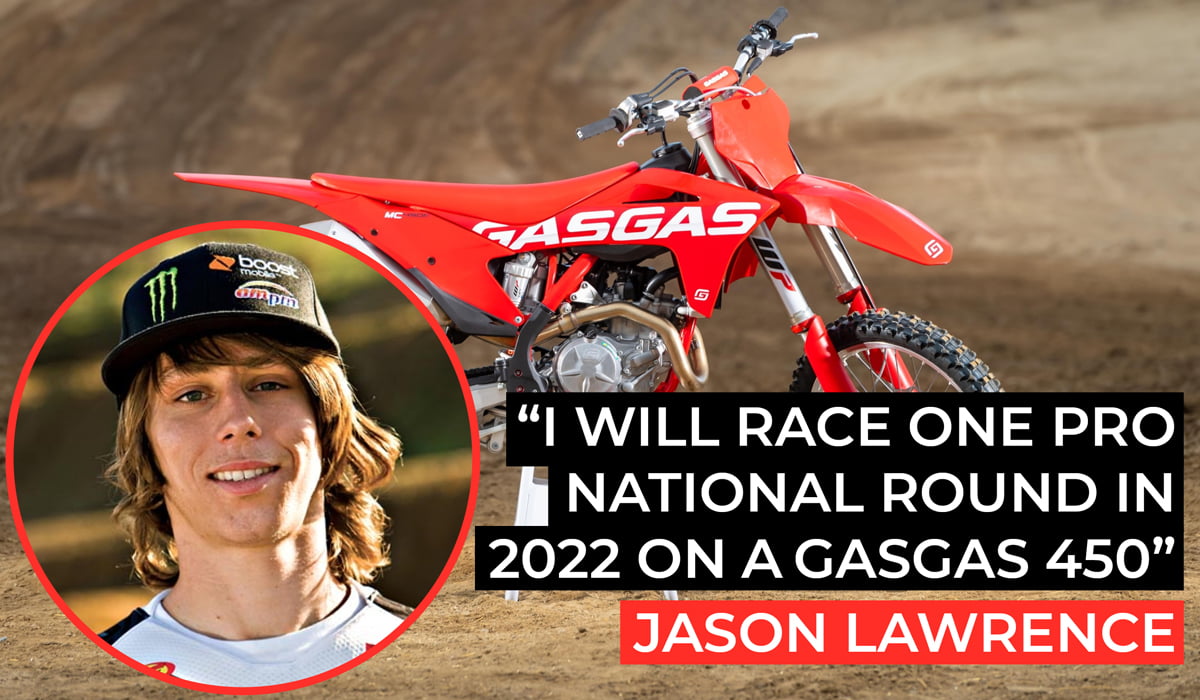 In the latest episode of Gypsy Tales Podcast with Jeffrey Herlings and Jase Macalpine one of the best podcast shows in the US, Jeffery Herlings is often referred to as the fastest man alive. He is a 5x MXGP World Champion and rarely does interviews. Jese always knew Jeffery would make a hell of a podcast if we were ever able to make it happen and today is the day. Jese reveals that Jason Lawrence send him a DM to spread the word that he will line up in one Pro Motocross National race this year on a GasGas 450 under TLD team and will be announced very soon. Jason Lawrence DM “Let it brew for a few days so I can iron out the details, and then after i agree to the terms I will tip you off again, I will race with GasGas 450 sponsored by ARMA Energy and Pro Taper under Troy Lee Designs team ”

Jason Lawrence faded out of the spotlight, J-Law was once regarded as a future superstar of the sport. But today, his poor decisions left him out of the industry since 2010. His talent was undeniable but his criminal record was longer than the start straight at Phoenix Supercross..