| The Home of Motocross News
Home News Jeffrey Herlings – A Big, Massive Thank You to My Teamates 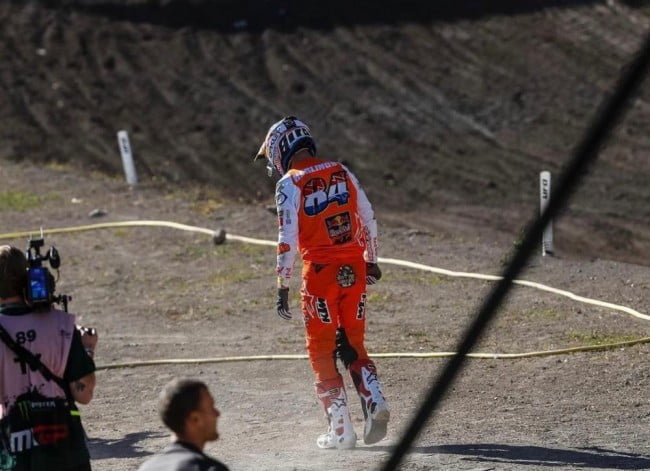 Jeffrey Herlings says it’s go time and called Antonio Cairoli the Greatest Of All Time after a day of drama in Italy that saw the Dutch rider crash twice in race two but still get fourth with some help from his teammates, especially Cairoli on the last lap to allow Herlings into fourth.

“A big, massive thank you to my team and mostly to the greatest of all time @antoniocairoli for the help and @jorgeprado61 for making my life easier in moto2. We are strong as a team, and sometimes having strong teammates is what’s needed. Massive respect for the favor boys.”

And he is motivated for Mantova saying: “Can’t wait for Mantova!!! It’s go time. ”

Watch the Highlights of today !!