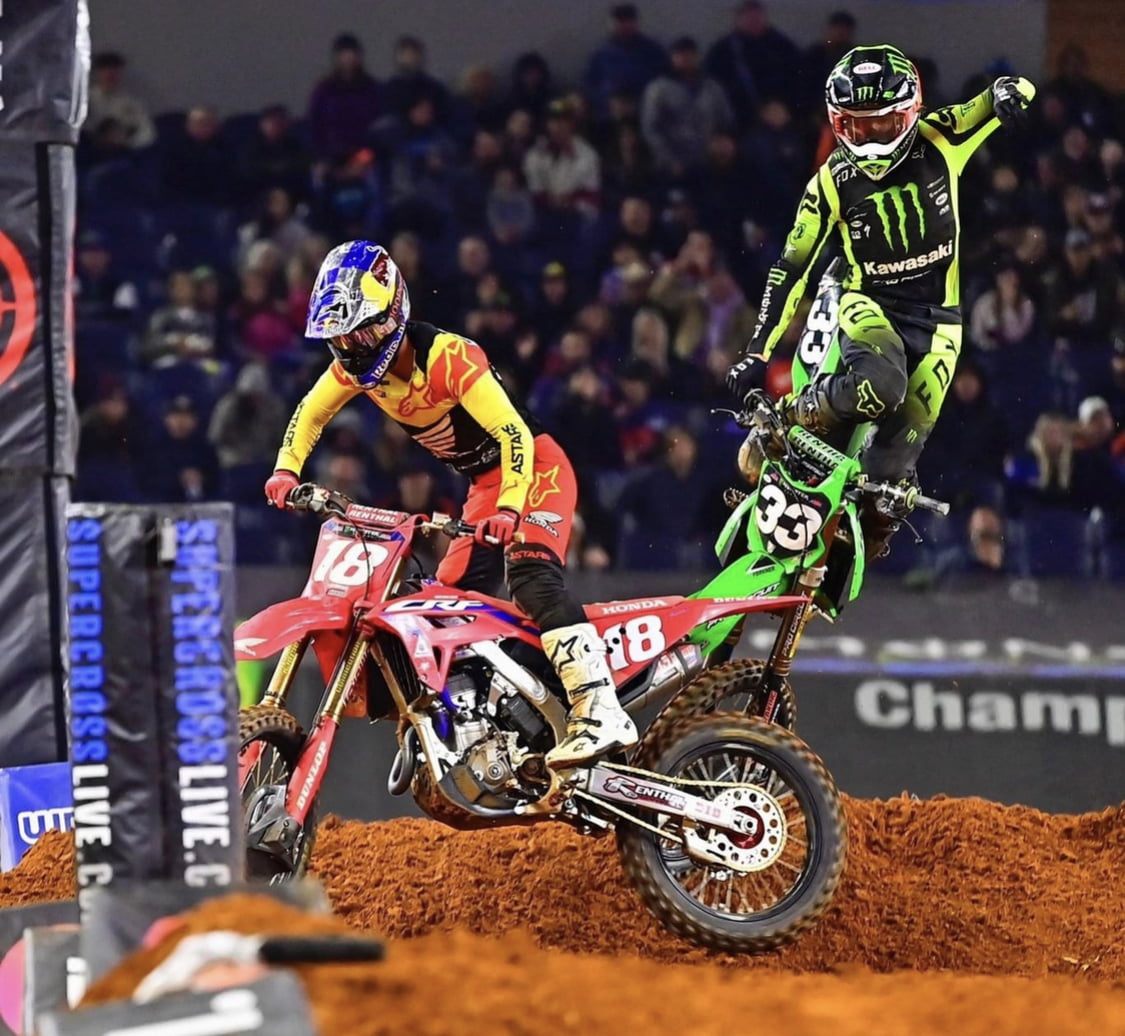 Austin Forkner has confirmed he broke his collarbone following the contact and crash with Jett Lawrence at Arlington, effectively ending his hopes to challenge for the 250SX East crown.

The upswing comes following a difficult Pro Motocross campaign last year, however, this latest injury is the same collarbone that ruled him out of Monster Energy Supercross from Houston 2 last season. It’s a crushing blow as he attempts to get his career back on track.

“Well, collarbone is broke, but after watching how hard I hit, I’m lucky it wasn’t worse,” 23-year-old Forkner stated. “Same one from last year, just broke around the plate and through a couple screws – I knew it was broken as soon as I got up.

“I’ve just been dreading making the post about it, but I guess here it is. You know, I really was trying to make changes this year to my riding and my mentality to be okay with not being the fastest guy at every race or settling for a third or a fifth at times so I would be at every race and make it to the end of the season.

“And if that left me with a championship then great, but if not then so be it, but that’s why this sport is so damn tough, because sometimes none of that matters and things just happen. Anyways, it is what it is. I do really appreciate all the support from everyone, it means a lot. I’ll be back.”