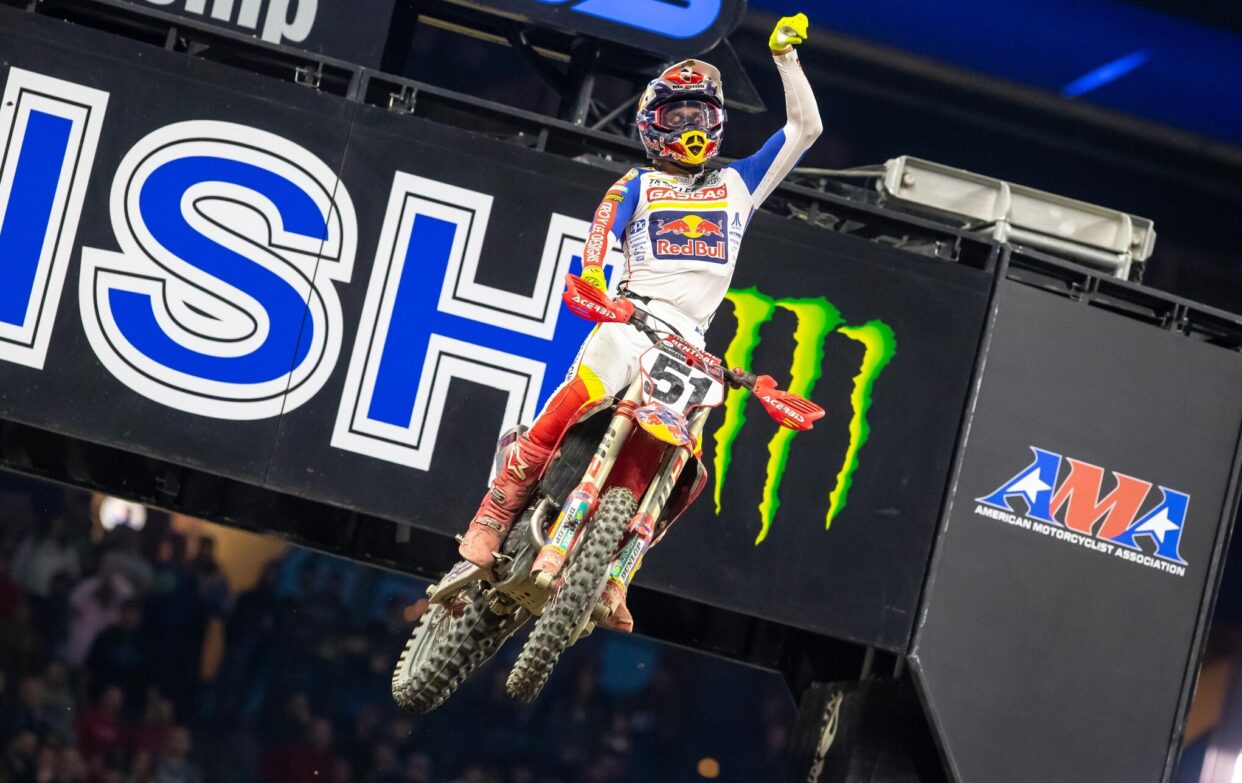 Jason Anderson crashed for the fourth weekend in a row as Justin Barcia made a Bam Bam move on the Kawasaki rider to take Anderson out for the second time this season! Barcia put his hand up to apologise but Ricky Carmichael wasn’t buying the apology saying Barcia knew exactly what he was doing!

Barcia, who was under investigation by the AMA said: “I wouldn’t change anything, I would do the same thing I did, I took the line – obviously he didn’t see me. What am I supposed to do? I don’t think it was dirty. You go for it or you don’t go for it, I seen an opportunity I went for it. I wasn’t going a 100 MPH to clean the guy out I was on the brakes. He could have turned down harder or he didn’t see me, it’s just that kind of situation. It was a racing incident, we race for a lot here.”

Anderson ended up sixth with Barcia second, just behind winner Eli Tomac who is now running away with this series in a weak field that saw the top guys lap into the top ten , and a few riders getting lapped more than once, as the injuries take their toll in 2022.

Justin Barcia has been fined $3,000 and was docked three points last night at round 11 of Monster Energy AMA Supercross in Indianapolis. Barcia will hold onto his second place finish.

BREAKING Justin Barcia has received a 3 point penalty and a $3,000 fine from the AMA for his move on Jason Anderson in the 450SX Main Event

video of the take out