| The Home of Motocross News
Home News Justin Bogle – “I’m Not Gonna Let Anyone Push Me Around For... 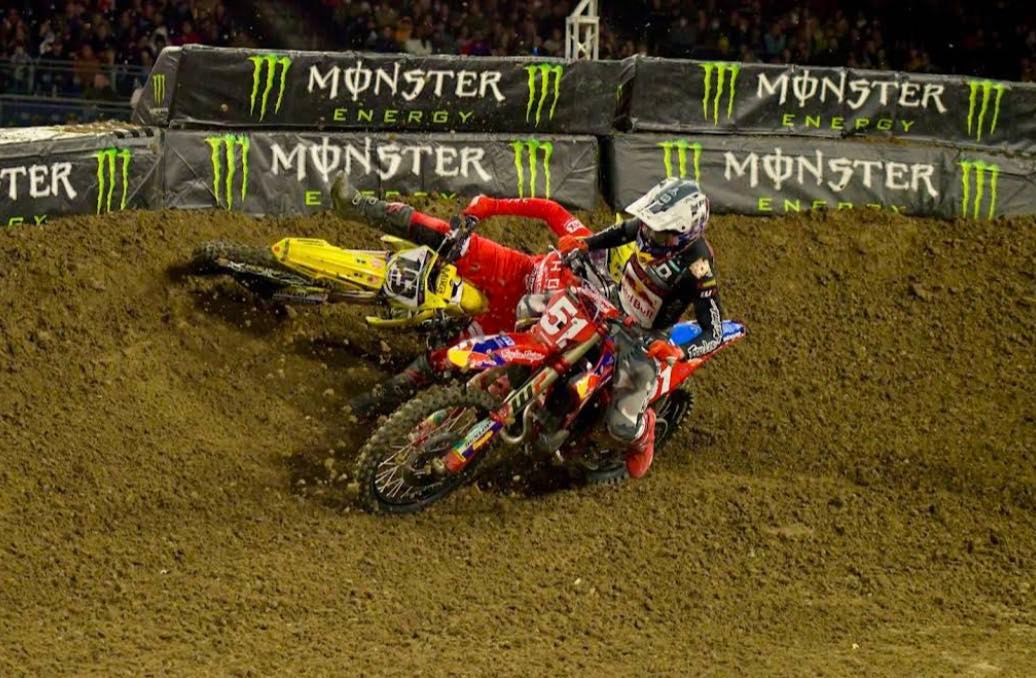 During the 2022 Supercross Main Event in San Diego, Justin Bogle and Justin Barcia had two eventful interactions. Early in the main, Barcia put Bogle on the ground in an extremely aggressive move in the corner after the finish line. After “running off the pain”, Bogle remounted and joined the field a lap down. A little bit later into the main, while Barcia was coming around to lap Bogle, another move was made. This time Bogle launched himself into Barcia, taking Barcia off the track and onto the ground while Bogle continued on.

Pulp MX’s Steve Matthes interviewed Justin Bogle about the incident where he touches on is briefly but mostly dodges if it was on purpose. Matthes also talks with Justin Brayton, who had front rows seats to the first take out and comments on how aggressive Barcia’s move was on Bogle.

Justin Bogle however received a harsher penalty due to his move being a retaliation and being a lap down at the time he took down a lead lap racer. Bogle was disqualified from the evening and loses the one point he would’ve scored in the main. We would guess that Bogle will also be placed on some form of probationary period.

We still don’t have the video of Barcia taking down Bogle but we have the first picture !!