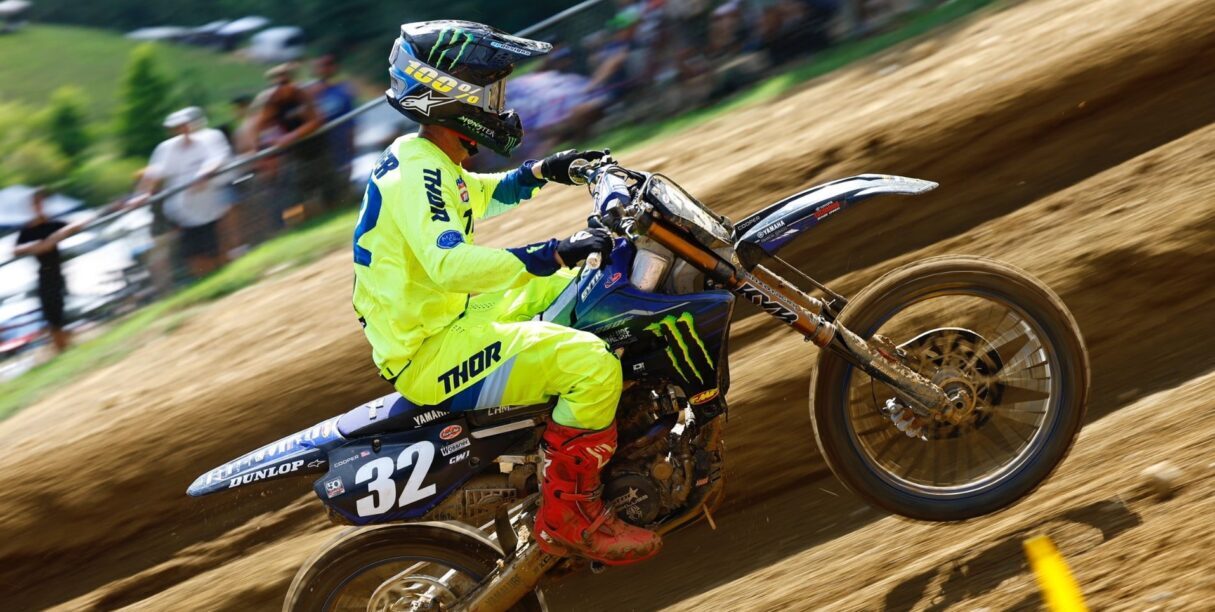 Cooper came into Budds Creek with increased confidence after earning a spot as the MX2 rider for the U.S. Motocross of Nations team. Although Cooper had been off the bike most of the week while feeling under the weather, he started the day as the second-place qualifier. That translated to a solid top-five start in Moto 1, but unfortunately, the New Yorker ended up going down with another rider on the opening lap. He had to fight his way back from 33rd and picked off riders to finish the 17-lap race in ninth. Cooper nailed the start in Moto 2, claiming a season-leading seventh holeshot. He held off pressure for the first five laps before relenting the lead. It was a hard-fought moto, but with depleted energy from pressing through in Moto 1, Cooper claimed fourth at the checkered for fifth overall.

Justin Cooper
Monster Energy Yamaha Star Racing
“It was a pretty good day for what it was. I haven’t been able to ride all week because I’ve been feeling sick. I made the decision late in the week to race; I wasn’t sure if I would be able to try it. So considering all of that the day went pretty well. I had the crash in the first moto that sent me back to basically last, but other than that we pushed through the day. In the second moto, I didn’t have much energy and I think that showed. Hopefully, I can regain that over the next week and bring something more to Ironman.”

Had a rough go at Budds Creek. Got super sick after Unadilla and didn’t leave the house all week leading up to the race. Started feeling better Friday but on race day i just had no energy to push. All things considering it was a good day with P5 overall and I’m super excited to be on Team USA this year 🇺🇸 Hopefully will keep recovering this week and try to get my strength back for Ironman this weekend