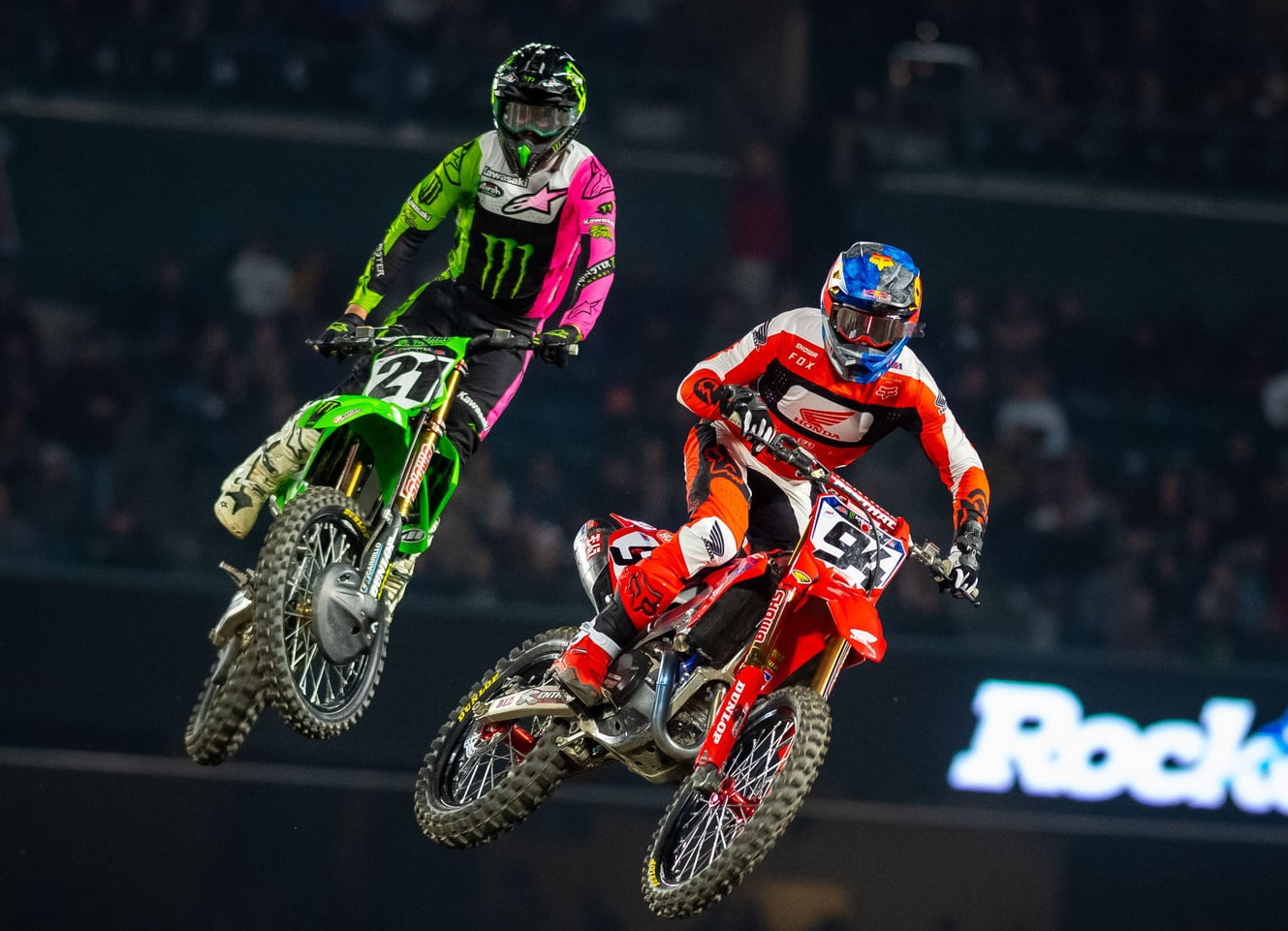 Team Honda HRC was strong early on, with Sexton and Roczen finishing 1-2 in 450SX heat 2. When the main-event gate dropped, the German nailed the holeshot and led the field for four laps, after which Jason Anderson made an aggressive pass in the sand section, sending Roczen off the track and to the ground.The 22-year-old Sexton wasn’t far behind and trailed Anderson and eventual winner Eli Tomac to an eventual third-place finish in the 20-minute-plus-one-lap race. Meanwhile, Roczen remounted and salvaged a 13th-place result.

Ken Roczen on his A2 experience: “Our weekend was a nightmare. I’ve been struggling lately with my bike setup, just not really getting comfortable. It was a tough one for us but we did decent; when nighttime comes, it seems like we always get our stuff together. I got second in the heat race, and we got the holeshot in the main event.

Things were going pretty decent. I struggled with the whoops so that was definitely not my strong point; I almost went down there once, and the same lap I got taken down by [Jason] Anderson – unfortunately left the door open. Probably not the right turn for him to put on a pass, but obviously it got me and I crashed pretty hard right there.

I had to make a stop after that to get all the sand out of my goggles, and our night was pretty much over after that; I could only salvage 13th place, but we never gave up. We’re quite a few points down.

It’s a bummer, but I’m looking forward to next weekend to get some consistency in and do some training and riding; I couldn’t really do that last week. Hopefully we’ll head to Phoenix with a bit more confidence and more riding time under my belt.”