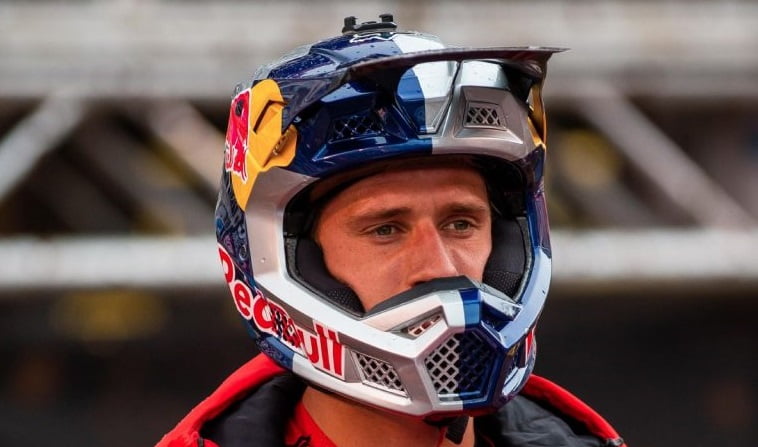 Ken Roczen has managed to slip his way into the headlines again this week as rumors began swirling that he had turned down the WADA drug test after he won the Supercross World Championship. Come to find out, this rumor is 100% false…. Ken Roczen’s agent Steve Astephen explained in a recent interview.

What really happened was a lack of communication from the FIM to Roczen’s camp resulting in drama. Astephen and Roczen were under the impression that his WSX appearance was off-season as his in competition season is in the AMA Supercross and Motocross, therefore a test wasn’t required. On top of that, Roczen wasn’t considered a full time WSX racer, he was paid an appearance fee and was declined any purse money. Astephen also claimed that the FIM never mentioned the testing when they negotiated deals.

So with all of this confusion, Roczen didn’t test in the first couple rounds. So he and Astephan were surprised on the podium after Roczen was crowned world champion that he needed to test immediately otherwise he would be subject to a 10 year ban. Astephen said he was furious considering Kenny’s doctor prescribed him off-season meds to prepare him for 2023. Astephen said “So no signs of anything in Wales. No signs of anything in Paris. We’re doing our out-of-season program with legally prescribed things from Dr. Lamay. Everything is legally prescribed. As a matter of fact I had the pill bottle in Australia, and I admitted it.

I showed them the bottle! There’s nothing to hide! There’s nothing illegal! Could it cause an issue and a rumor? Yeah! I was being so loud and showing it right to their face! Of course people heard me in the tunnel. They had no meeting about how this series will be covered through WADA because the FIM is WADA. So we don’t know what’s going on.” After this incident Roczen also worried his USDA therapeutic use exemption for an inhaler would be declined, but after further evaluation WADA accepted it and the drug test took place. Now there are conflicting stories here. On one side we have Ken Roczen’s agent claiming they didn’t know about the test. On the other side we have the FIM, who said that all riders were held in a meeting regarding testing before the season began.

So why Roczen waited until the final round to take it is unknown. So in the end, Roczen did take the test and he passed just fine as all of his prescribed pills were allowed supplements. Although the confusion between the conflicting stories has no explanation so far, we got the basics confirmed.