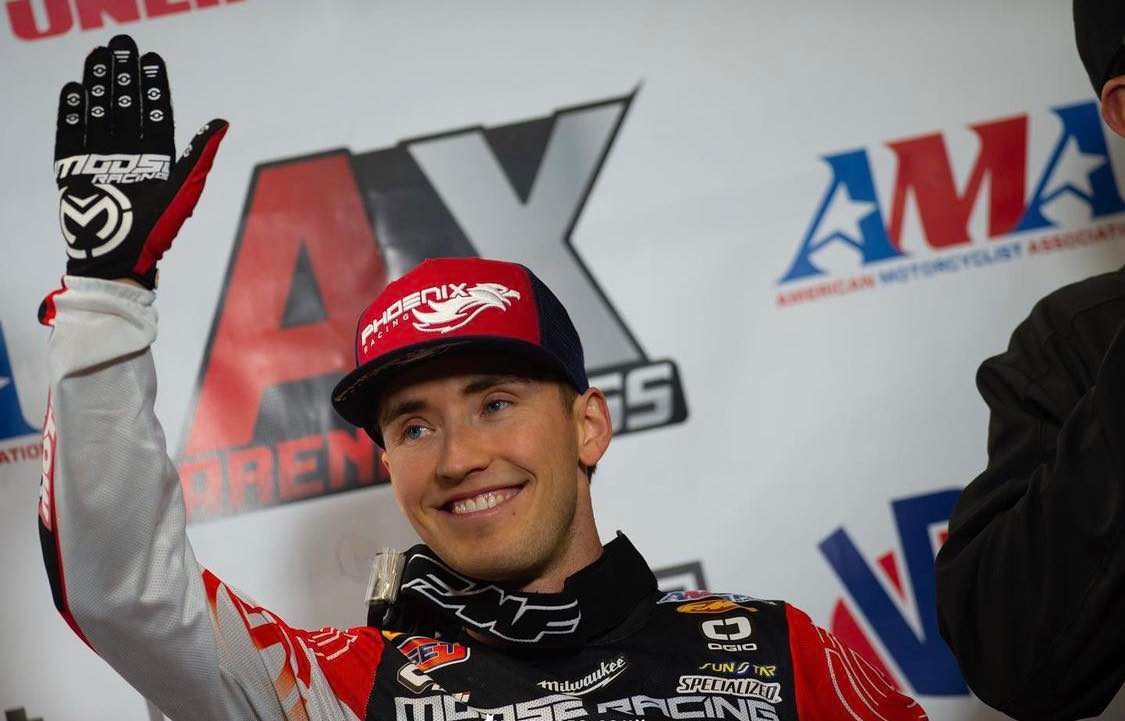 Crash footage and injury update on Kyle Peters after a hard crash at the third Triple Crown action at St. Louis Supercross Round 13 of AMA Monster Energy Supercross Season.

In the second race of the 250SX Triple Crown at St. Louis Supercross, with seven and a half minutes to go the race was red-flagged and Phoenix Racing Honda rider Kyle Peters was being attended to the medics, Kyle was carted off by the medic mule. Kyle had a horrific crash and this is the update as far as we know from Kyle Peters Social media and other sources. On his social media account was posted: “Kyle was landed on and has a neck injury he is able to feel his arms and legs we are at the hospital calling all prayer warriors”

According to sources close to his family: Kyle Peters has broken his c5 and c6 vertebrae but has feeling in his extremities..

Update: Kyle Peters experienced this first hand now as he broke his C5 and C6 vertebrae. However, the news has been positive so far as Peters reportedly has all feeling and movement in his extremities. He was transferred to a local trauma center last night, stabilized and underwent surgery today. Hopefully Kyle is able to make a full recovery and return to racing. Our thoughts are with you KP, you got this!

Here is some footages of Kyle crash at St. Louis