| The Home of Motocross News
Home News Logan Karnow – With a Stock Bike To a Career-High 15th in... 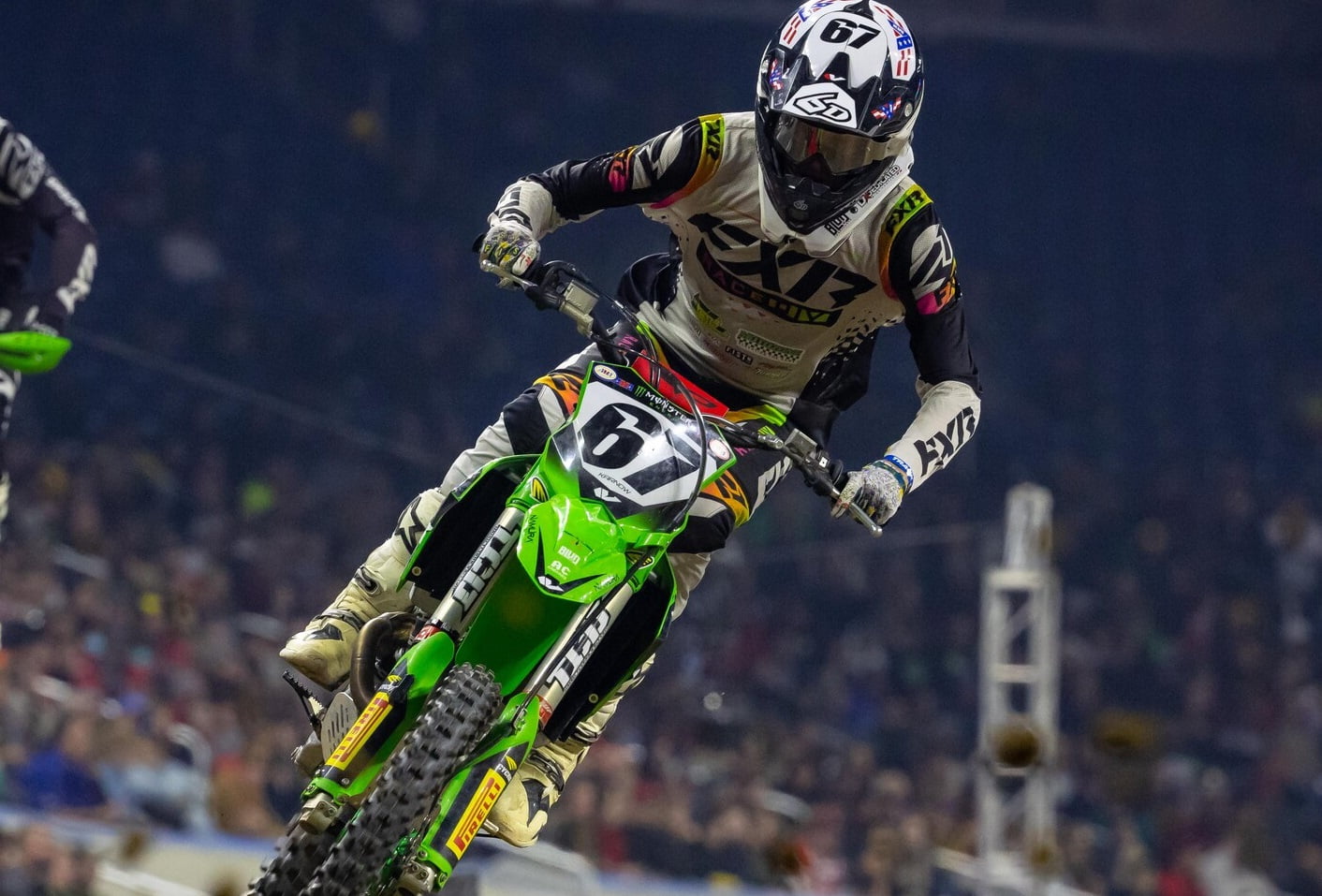 Logan Karnow had a best main event this past weekend in Detroit and one hell of a story to tell, Karnow bought a Stock Bike on Friday, Then Finished a Career-High 15th Saturday in Detroit

Before Detroit Supercross round 10, Karnow released a video detailing that his title sponsor had cut all ties with him.

“In the nicest way possible I’m going to put this, because I could say a lot more,” he said. “My title sponsor went full MIA on me. He cut all ties with me. Turned the credit card off that was paying for my flights, travel expenses, hotels, you name it.”

Motozone, the title sponsor in question, released a statement saying that Karnow breached his contract, but “due to confidentiality reasons we cannot disclose the details of the breach of contract.” You can read the full statement here.

Well, being the amazing community that the moto industry is, Karnow raised enough money by Friday that he went and bought a KX450 off the showroom floor at Kennedy’s Cycle Shop in Elyria, Ohio.

Karnow then traveled to Detroit to race in the 450 Class. Not only did he qualify, he FINISHED A CAREER HIGH 15TH.

Karnow before the main in Detroit

“When I made that post, I was like, ‘Man, if I can just get enough money to at least get me to the next few races.’ At that point, I didn’t know I was losing my bikes. I didn’t know I was losing my bikes until Thursday. That’s why we were at the dealership on Friday morning. And this is my local race too so I was like, “I can’t miss Detroit! Whatever I gotta do!” So, I personally bought my own bike. First time in my life I’ve actually owned a dirt bike. I’ve always rode for Kawasaki teams and stuff that made sure I personally had a bike like PRMX and the Madd Parts Kawasaki team.”

Karnow is having great season so far. He qualified for five of six main events in the 250SX West Region, with a season-high ninth coming at Anaheim 3 and made two 450 mains, with a career-best last weekend of 15th in Detroit.