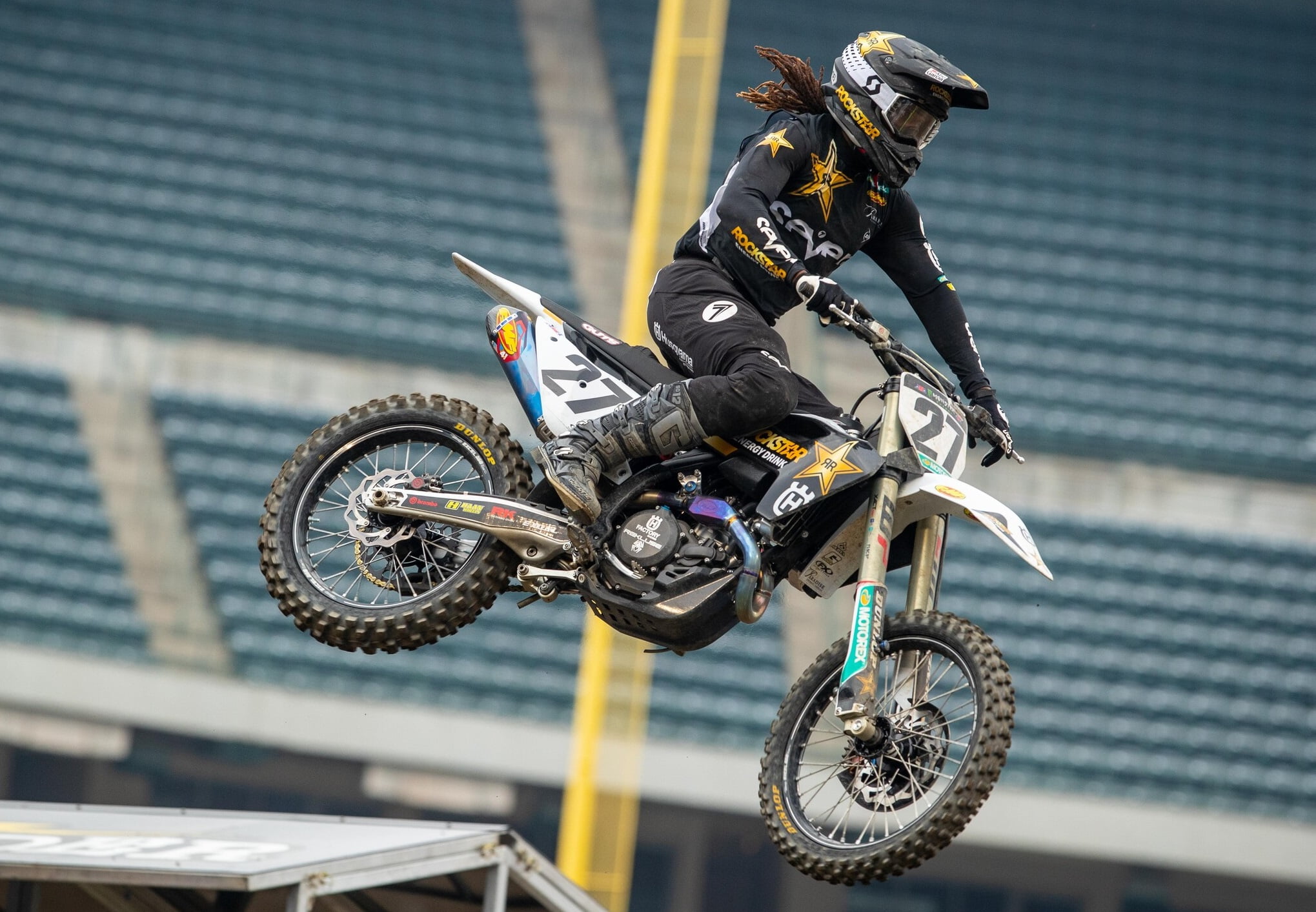 Malcolm Stewart and Christian Craig are the fastest qualifiers for the opener Round 1 Anaheim 1 !!

A 57.480s lap-time saw Craig maintain his position at the top following the final 250SX West qualifier of the opener, leading early pace-setter Mosiman, with Lawrence in third. Craig trailed Lawrence mid-session to deliver the benchmark, while Mosiman’s best came early on – the trio the only riders in the 57s. Fourth on the charts was Hammaker courtesy of a late lap to edge teammate Shimoda, Nichols, Marchbanks, Friese, Swoll and Derek Kelley (AEO Powersports KTM), who in turn bumped Thrasher out of the top 10 in the session.

In his first outing with Rockstar Energy Husqvarna, Stewart qualified in first position to open the year after controlling the final session this afternoon and he was also P1 in free practice today. Stewart eventually posted a 57.216s lap-time, holding Tomac at bay after he lodged a 57.302s final-lap flier in a positive sign. Also equipped with a new team this year, Anderson was third on the charts also at a 57.3s, followed directly by Sexton and Ferrandis inside the top five. P6 came Musquin, again the top of the Red Bull KTMs, with Roczen the final rider beneath the 58s bracket, ahead of an improved Webb, ever-present Brayton and Barcia. Cianciarulo slotted into 11th overall despite his shoulder, while Plessinger sat all the way down in 18th, as he did in the earlier session.