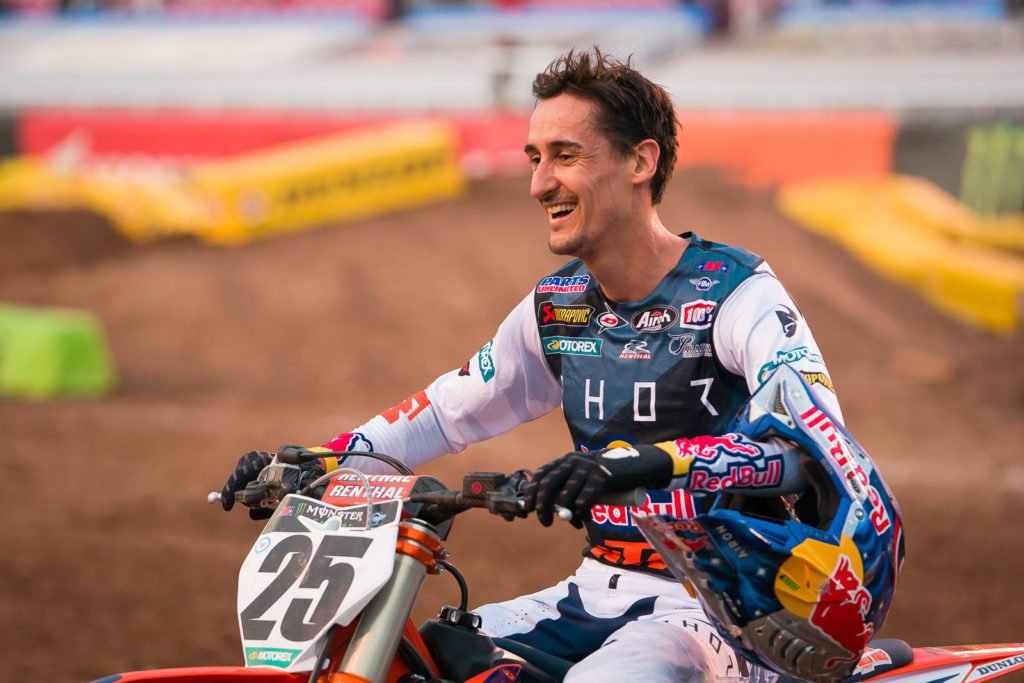 Marvin Musquin to return to Monster Energy AMA Supercross with a deal for 2023. Marvin had a one-year supercross-only deal for 2022, also, so his contract for racing technically expired this May. Based on the strength of his season (fourth in 450SX points and one of only five riders to get a race win) the Frenchman will return to his familiar brand and team for another supercross-only season in 2023.

The 32-year-old Frenchman won the St. Louis Triple Crown round this season and it was announced at KTM’s dealer conference that he will continue for next year.

Musquin’s signing locks in the Red Bull KTM team’s 450SX program for next season, with Cooper Webb also recently re-signing and Aaron Plessinger on a two-year contract that commenced this year.

Red Bull KTM’s lineup for supercross is now set. In June, Cooper Webb signed a contract extension with the team that will see him on the a Red Bull KTM 450 SX-F through the 2023 supercross season (with an option to race Pro Motocross available. Webb told us last night that although he did skip Lucas Oil Pro Motocross this summer, he is still interested in racing outdoors next year). Aaron Plessinger joined the team in October 2021 and is on a two-year deal (2022 and 2023).