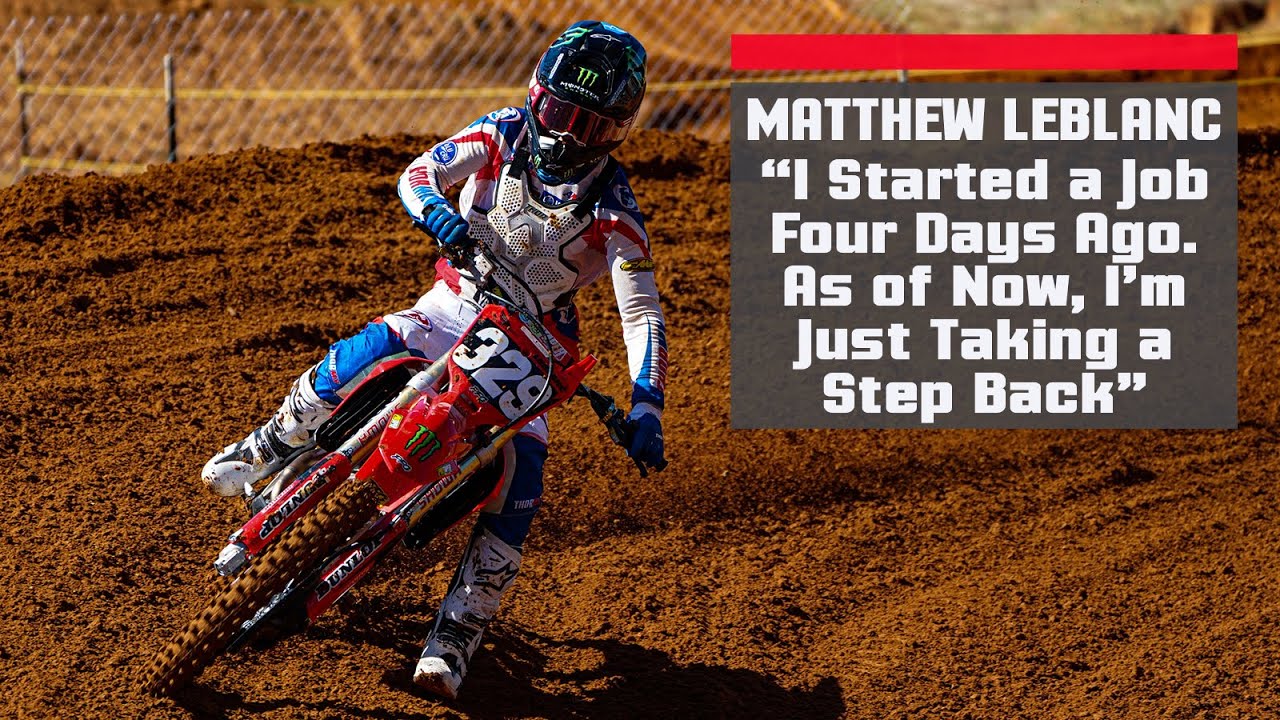 The year 2022 was a big year both in Monster Energy Supercross and Lucas Oil Pro Motocross for many reasons. One of them being the entrance of a lot of young rookies into the professional ranks. Riders like DiFrancesco, Deegan, Romano, and LeBlanc jumped up to the 250 class this summer to see where they stand. Unfortunately, Matthew LeBlanc didn’t seem to impress his team Monster Energy Star Racing Yamaha this summer and has since been dropped from the team.

LeBlanc finished 21st in the 250 class championship and had a best finish of 8th overall this summer. Although he had some good rides, the continuous injuries are most likely what led to LeBlanc being dropped. LeBlanc’s amateur career was filled with injuries, but also alot of wins which is why Star Yamaha kept him until his pro debut season. Unfortunately LeBlanc continued this trend. He was running just outside of the top 5 at the Southwick National when he crashed and sustained a broken collarbone, rendering him out for a few rounds. This incident along with some subpar finishes were most likely the nail in the coffin for his future with the Star Racing Yamaha team. Today Matt LeBlanc spoke in an interview regarding his future plans in the sport, and his answer was quite surprising.

LeBlanc was asked if he had any contracts on the table for 2023 and responded “No, I started a job at home… as of right now just taking a step back and enjoying myself being at home with my family… I’ve burnt myself out from the sport.” Although this sounds like retirement, LeBlanc claims he’s unsure at the moment but if he wants to race, he will be back. “If I get the urge to come back and race then awesome, if not I’ll still be riding dirtbikes and enjoying myself.”

Hear the whole interview down bellow!