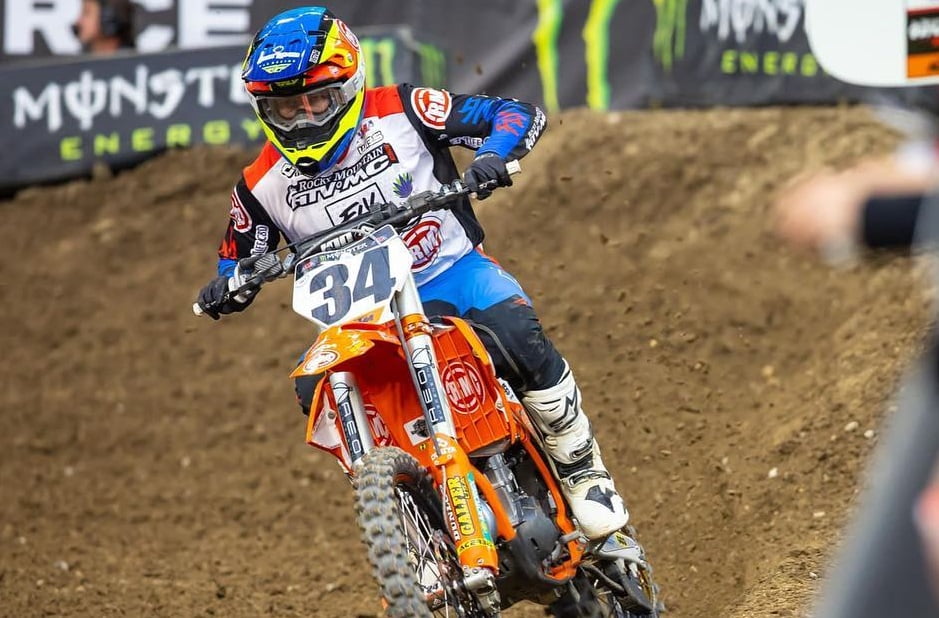 Max Anstie was having a solid second season in his return to supercross, as he sits 15th in points through seven rounds.

“Long story short & the main thing is I only broke 2 ribs. They are the top 2 ribs and I didn’t even realise how high up your ribs go! So my neck and shoulder feels the worst at the moment. They kept me in hospital over night because I collapsed my lung and had air around my heart. Plus my heart was bruised and stressed  anyway all that settled down and the collapsed lung was tiny so it fixed itself over night.

“I’m still In Minneapolis, they won’t let me fly back to Florida until Tuesday (tomorrow)  So in reality it’s only ribs so I’ll see how I am over the next few weeks but im pretty confident that I won’t miss many races. I’ll heal up and be back out on the SX track asap

“It’s a bummer but it’s the name of the game. Had a lot of fun on track in Minneapolis, even did my first LCQ and led some laps. I know it was only an LCQ but still it was fun.

It’s all part of it – I still love riding supercross ”