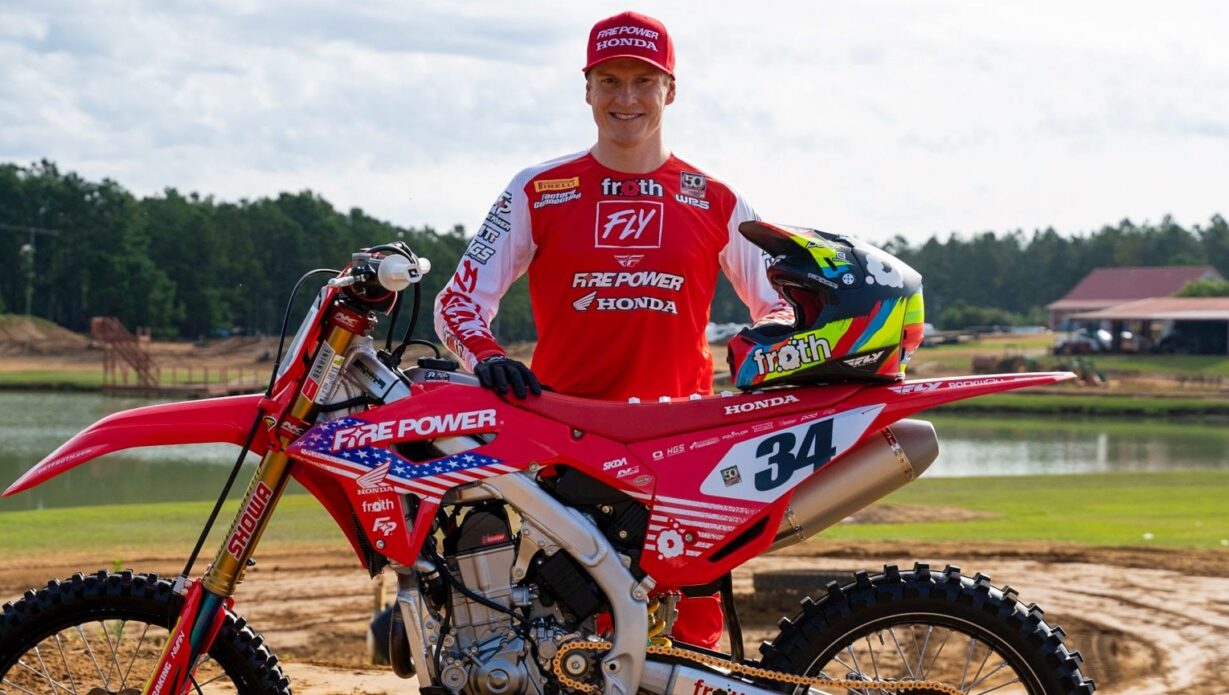 Max Anstie will make his debut on a Firepower 450 Honda in the AMA Nationals at Red Bud on Saturday. He’ll contest the final three outdoor nationals then start preparing for the 2023 Supercross season.

Anstie started working with Fire Power Honda just one month ago and has been building pace aboard the CRF450, ahead of his first 450 National appearance of the year. Anstie has a limited deal with Fire Power, as he is only guaranteed three races (Red Bud, Southwick and Millville). He hopes to race the 2022 Motocross des Nations for Team Great Britain (if chosen) on September 25 at Red Bud. Fire Power Honda says they will make announcements about additional signings to the team for the 2023 in the coming weeks.

Anstie left the Twisted Tea Suzuki team to race for the Rocky Mountain KTM team, but he was injured most of the last two years and the Rocky Mountain team folded in the interim. The best news for the Anstie’s (Max and Milly) is the birthday of their son Finn.

“Let’s get down to business. Looking forward to lining up at Redbud this Saturday. I am going to race the next 3 nationals on the 450cc. Then the real work starts… I’m excited to have a fresh new start at Supercross, new bike, new class (or old), new races. All this to be announced later… but you get the idea”, Anstie stated on social media.

“Something new for Firepowerparts Honda Racing, we are going MX Racing and we are ready to get back to racing”, Honda Pro racing revealed.