| The Home of Motocross News
Home News McGrath on Ken Roczen – Needs to Punt Webb To Make Him... 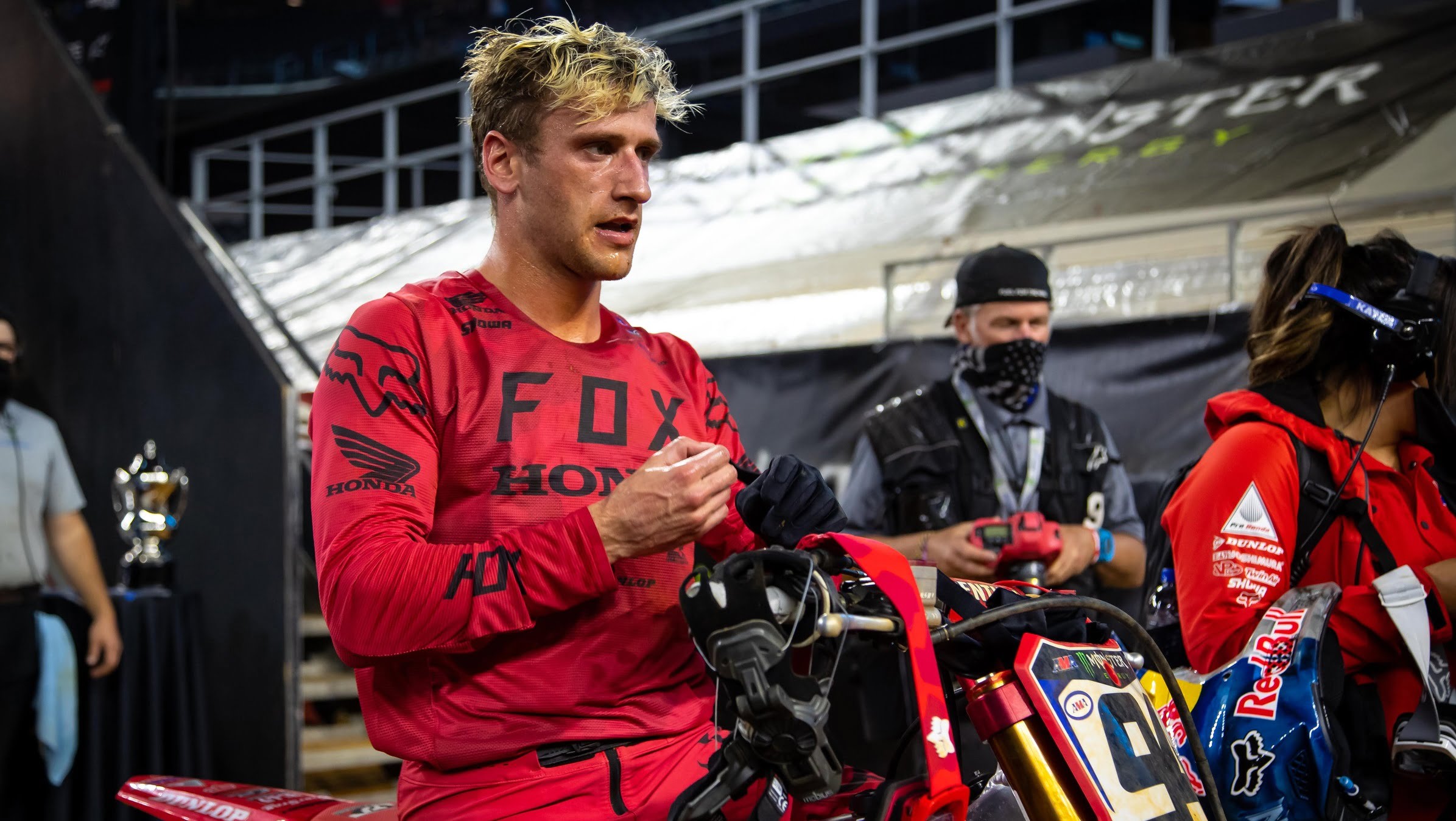 Jeremy McGrath thinks that Ken Roczen needs to take a stand up for himself against Webb after Webb’s aggressive racing in the last couple of rounds turned the momentum around to his favour in the 2021 supercross season. Roczen of course is known for his clean passes throughout his career and never really makes an aggressive move, but McGrath feels he’s letting Cooper Webb essentially bully him.

“I’m watching Ken Roczen get abused by Cooper Webb really, assessed the King of supercross on Race Day Live. “He’s not standing up for himself out there and I think the reason why the second half has been a little tough is because he won’t take a stand. Ken Roczen he wants to embarrass these guys, right? He wants to be clean, he wants to be fast, he’s Mr smooth, Mr Clean, gets great holeshots.

“But you know what? These guys are taking advantage of him out there and he needs to make a stand. In my mind he needs to punt Webb one good time to make him understand that he’s not going to take that stuff. It only takes once, sometimes unfortunately that’s what it takes but he’s going to keep having those things happen until he takes a stand. He needs to toughen up a little bit and make a couple of aggressive moves and point out that he’s not going to be taken advantage like that.”

McGrath of course, like Roczen, was smooth and technical, but when it came to making a hard pass to assert his authority, the seven time supercross champ was never afraid to put it to his rivals.