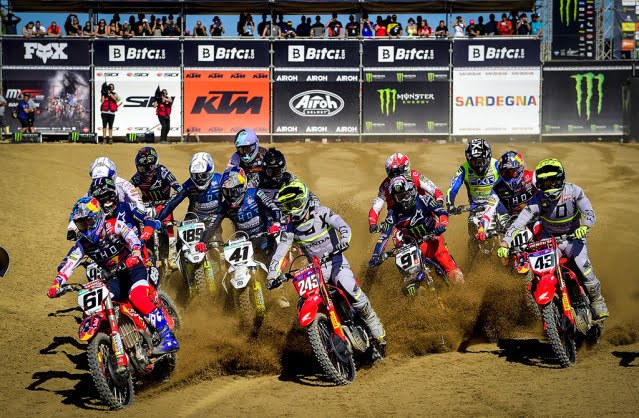 The Grand Prix of Sardegna, the eighth stop of the 2022 FIM Motocross World Championship, takes place in the bottomless sand of Riola Sardo this weekend.

A venue that is familiar to so many in the paddock, Riola Sardo is used for pre-season testing in the winter months and hosted a Grand Prix for the first time just last year. Similar to Lommel in its nature, the main difference between the two is that the sand in Sardegna is so much finer. It will also be a lot drier than Lommel has ever been…

Calvin Vlaanderen take a bow. Three wins out of three in hottest and roughest race of the year to win your first ever MXGP – on a non-factory Gebben Yamaha!

This was the stuff of dreams as Vlaanderen caught and passed a fading Prado and then leader Gajser in the last five minutes of race one to take the opening moto win.

Race two and Vlaanderen passed Jonass then leader Prado by the halfway to cruise to the second moto victory in style with amazing momentum to turn his dream into reality and one of the biggest stories in MXGP in terms of unexpected winners and it was fully deserved!