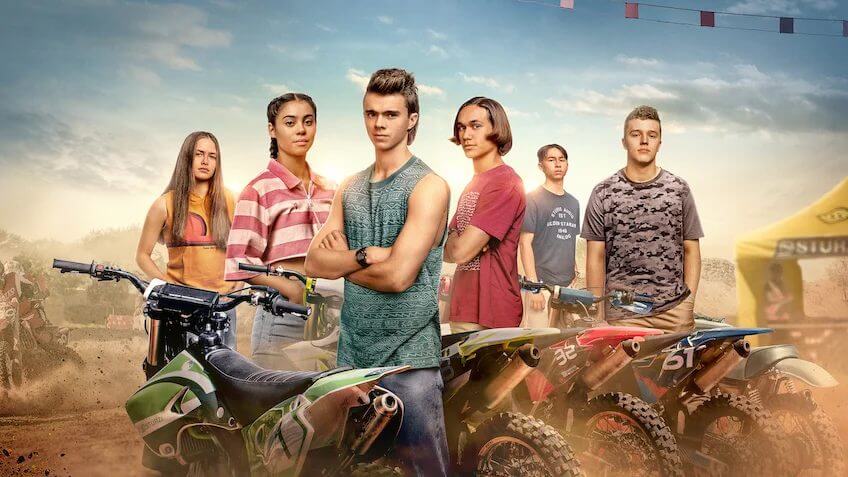 There Is a new kids series about motocross now streaming on Netflix from May 12th, 2022.

MaveriX was filmed in 2021 over the course of four months and received considerable government funding to get it off the ground to help highlight the national pastime around the globe which it gets to achieve through releasing on Netflix. It was mostly filmed in the Australian desert specifically in Alice Springs in the Nothern Territory of Australia.

As stated above, the series has already dropped in Australia with it finding its way onto the iView ABC platform on April 1st. All 10 episodes are available on there now but only for those in Australia.

Now the series is due to touch down on Netflix around the world (excluding Australia) with season 1 of MarveriX set to arrive on May 12th, 2022. Interestingly, Netflix has opted out of capitalizing the X in MaveriX.

The show is Australian and is it’s about “Six young motocross riders come together to form a team, to make the national titles, or crash out trying. But the biggest win of all might be the friends they make for life.”

Am I excited to have a show about dirtbikes on the Flix? Hell yes!

Below is the trailer. Find it on Netflix.