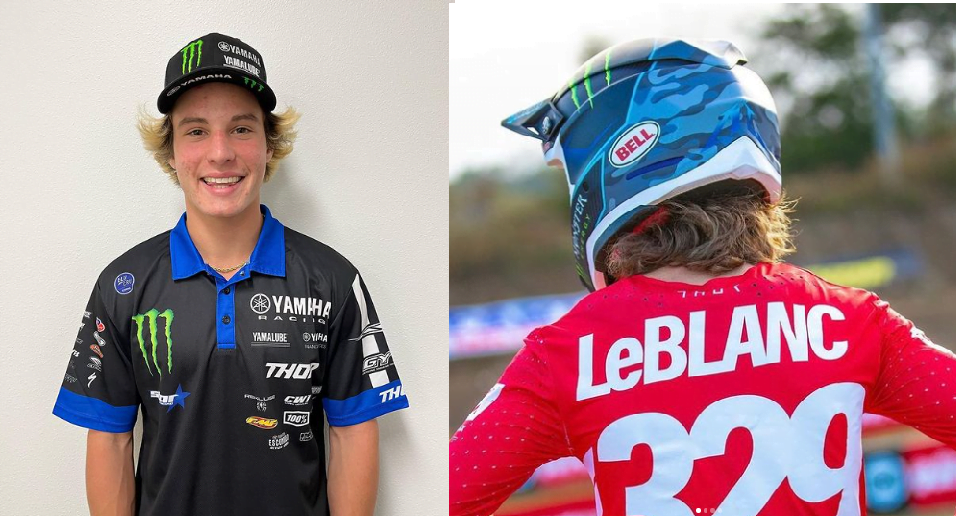 Monster Energy/Yamaha Star Racing team. Both Nick Romano and Matthew LeBlanc will make their pro debuts this weekend at the opening round of Lucas Oil Pro Motocross at Fox Raceway 1.

According to the team, Romano is moving up for his pro debut season, while LeBlanc will get some “seat time at the opening rounds.”

Romano is a four-time champion at Loretta Lynn’s, which included the 250 B title in 2021 and was named the Amateur Rider of the Year. LeBlanc has six titles at the Ranch, his latest coming in 2020, where he won 450 B and 250 B.

“I’m super excited for my pro debut with the Yamaha Star Racing team. We’ve been putting in a lot of work, so I’m really looking forward to my first race at Pala. This is something I’ve been working towards my whole life!”

“I’m excited to go racing this weekend and make my pro debut. We’ve been putting in the work with the team, and now it’s time to see what we can do.”

The duo will join the returning Colt Nichols, Justin Cooper, Nate Thrasher and Levi Kitchen. Jeremy Martin is out for Pro Motocross due to a shoulder injury.