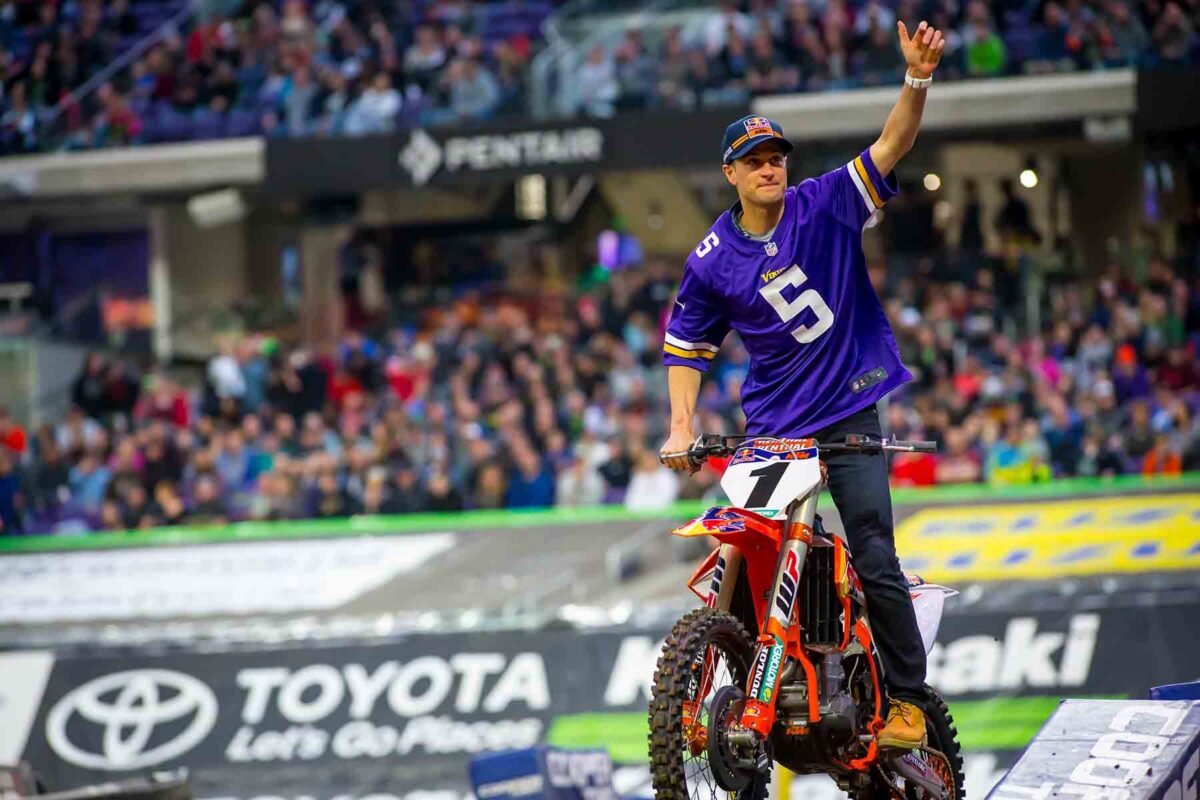 Ahead of the 50th anniversary of the AMA Pro Motocross Championship, nine time AMA champion Ryan Dungey has been announced by KTM to be return from retirement for the opening rounds of 2022 Outdoor National series. He will race aboard a Factory Red Bull KTM 450 SX-F, lining up at Fox Raceway 1 alongside friend and fellow KTM racer, the nine time world MXGP champion Antonio Cairoli. This is truly a storyline invented in Hollywood but we’re lucky enough that this is reality! Check out our video below highlighting a little about why he’s coming back and check out the team’s press release below.

Considering KTM is coming into the outdoor championship with possibly only Aaron Plessinger under the tent on a full-time basis, it makes sense why the team worked this out with the eager Ryan Dungey. Because, as of right now, it’s unknown if Cooper Webb will lineup for the series and the rumored appearance of Jeffrey Herlings has been put into further doubt as there’s been speculation shined upon the condition of his ankle/heel injury. Early reports are saying Herlings test ride didn’t fair as well as he had hoped and the injury may hold him back from making a run at the 2022 AMA Pro Motocross Championship. Now the big question is will Dungey race the whole championship!

The Red Bull KTM Factory Racing team is excited to announce that nine-time AMA Supercross and Motocross Champion Ryan Dungey will line up at the first two rounds of the 50th Anniversary of the AMA Pro Motocross Championship, beginning next month in California.Dungey will race alongside the Red Bull KTM Factory Racing team in the 450MX class at the Fox Raceway National at Pala season-opener on May 28, as well as the Hangtown Motocross Classic in Sacramento on June 4. After stepping away from professional racing in 2017 as one of the most decorated riders in the sport, the 32-year-old will return to the starting gate READY TO RACE with the iconic #5 proudly displayed aboard his all-new KTM 450 SX-F FACTORY EDITION.

Ryan Dungey: “I’m really excited about the opportunity to race the first couple rounds of the outdoors for Red Bull KTM. I’ve had a lot of success with KTM in my most recent years of racing and it’s exciting to go back and race for the same team with a lot of great personnel. I have a lot of trust with the team, which breeds confidence sitting on the line knowing I have good people behind me and we’ve got a great dirtbike underneath us. This is a stacked class and it’s been a long time since I’ve been on the line with them but I’m excited to be back on the gate. I’ve got a lot of respect for the sport and the riders, so I don’t go into this underestimating anybody. I’m excited to just be out there racing with everybody and see what we can do.”

Ian Harrison, Red Bull KTM Team Manager: “We couldn’t be more excited to have Ryan joining us for the first two rounds of the AMA Pro Motocross Championship. He’s a world-class rider who has obviously achieved many great successes throughout his career and it’s great to see him having so much fun riding the bike. Ryan is a true competitor at heart so we are happy to support his desire to line up on the gate this summer and we look forward to seeing what he can do.”