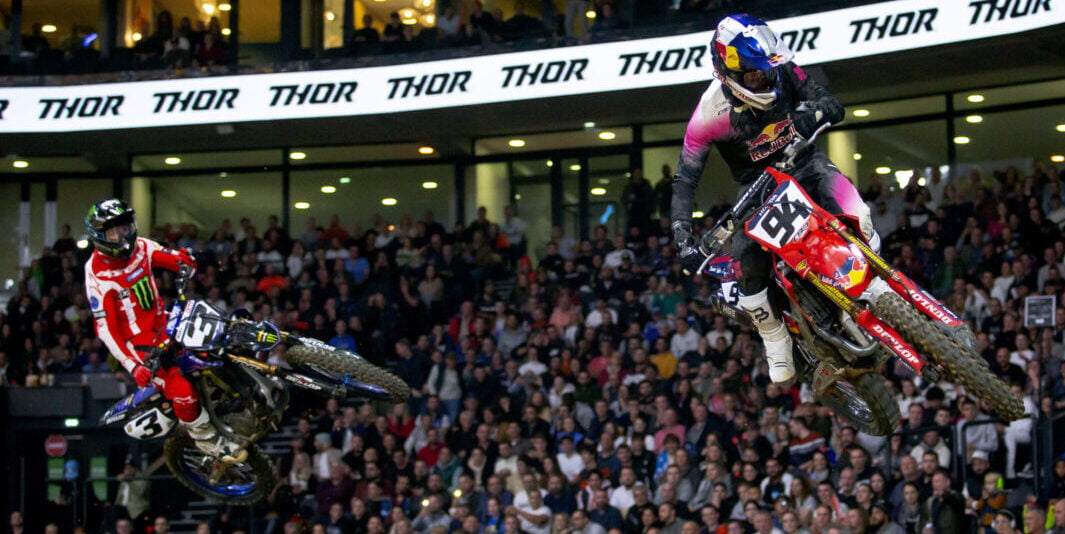 The first night in Paris was a great one and the racing in the 450 class was exciting during the three races (two sprint and one main). Eli Tomac and Ken Roczen each won one of the sprint races, and before the main event they were close in the points with 3 for Eli (1-2) and 4 points for Ken (3-1). As Eli got the holeshot in the main event, Ken was back in fifth after the first corner. Marvin Musquin (who lost his chances for the overall with two crashes during the second sprint) was in second place but Roczen was flying and mid-race he had moved into second place behind Tomac. Ken reduces the gap lap after lap, and cut Tomac’s lead down to less than a second as they entered the last lap of the race; the fans were cheering both riders