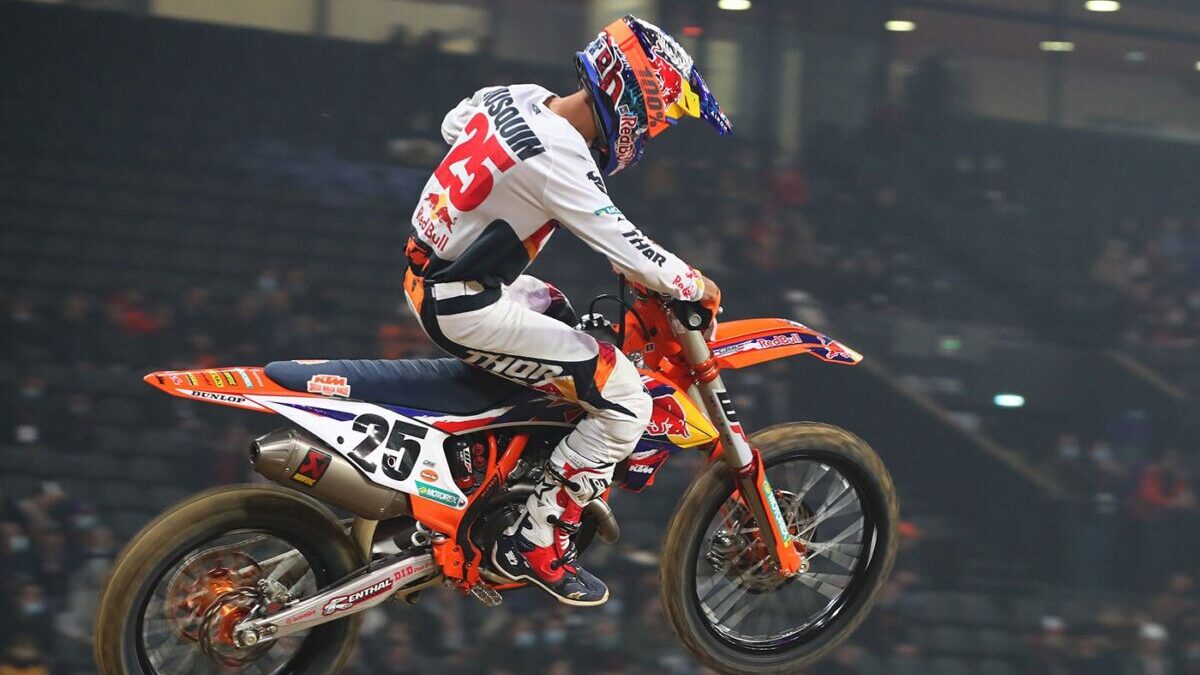 Paris Supercross has a long and rich history and the show is back on with many of the best Supercross riders in the world set to go racing. Eli Tomac, Cooper Webb, Ken Roczen, Marvin Musquin and Justin Brayton are all set to race this weekend in Paris, Over two days, the 450cc riders will compete in multiple races for the King of Paris title, with 250cc riders looking to claim the Prince of Paris honors by the event’s end. At the 2021 event, Marvin Musquin was crowned King of Paris for the third time (joining 2016 and 2017) and Kyle Peters was crowned Prince of Paris aboard a Phoenix Racing Honda CRF250R.

As in the previous 38 events since the very first edition in 1984, the Paris Supercross has attracted the same overwhelming public interest; the Saturday evening show has already been ‘sold out’ for several weeks even though the Paris La Defense Arena is one of the largest indoor stadiums in the French capital. French and European fans clearly don’t want to miss this year’s event; only in Paris can you see such a great event with such a strong line-up.

In US time Eastern Time – Event Starts in 9:00 am in the morning Sunday – Pacific Time 6;00am Sunday Morning