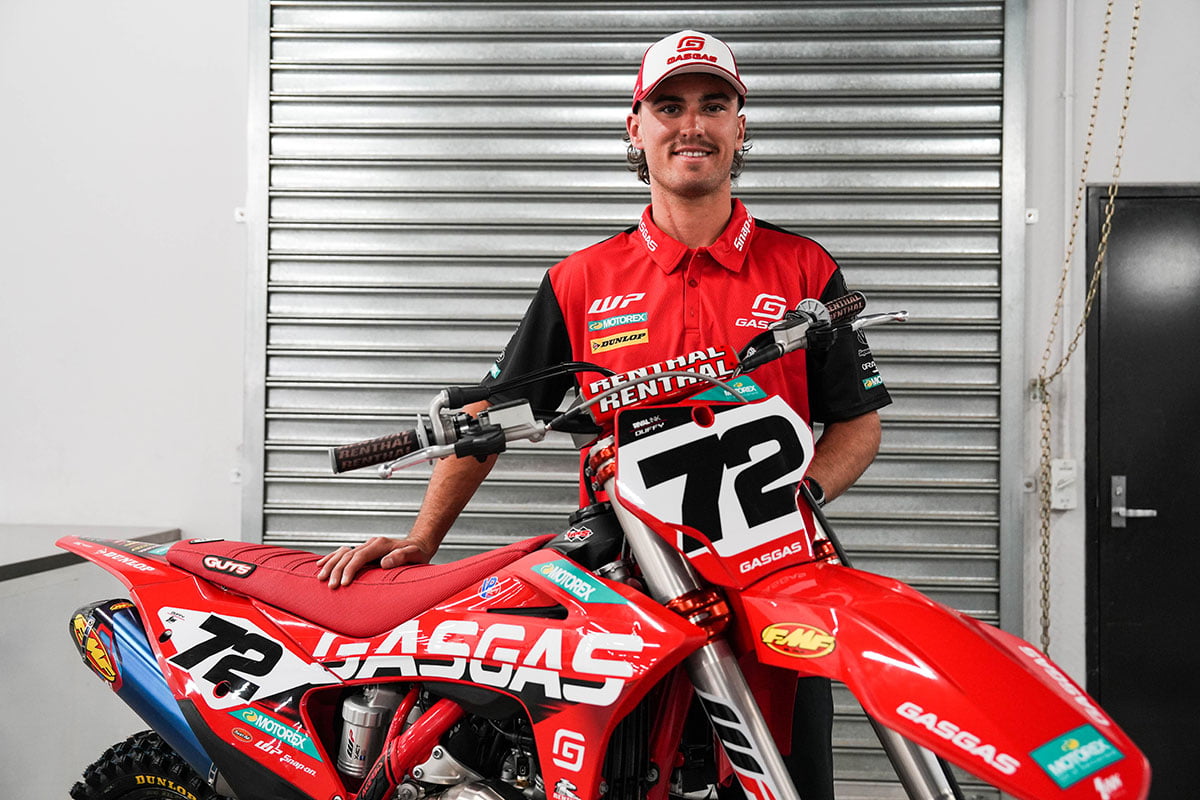 GasGas Racing Team has signed Regan Duffy for the 2023 season, his comeback officially confirmed for next year’s Penrite ProMX Championship alongside Noah Ferguson.

The GasGas Australia team posted the news below:

“All set to Get On The Gas! Regan Duffy and Noah Ferguson have signed for GASGAS Racing Team in 2023! Round one of ProMX will mark Duffy’s remarkable return to professional competition with our full support following his serious injuries sustained just over one year ago. The Western Australian 20-year-old won on debut in MX1 at Wonthaggi in 2021 and claimed runner-up in the point-standings, this time set to be equipped with the GASGAS MC 450F! In the MX2 category, emerging Queensland talent Ferguson has been rewarded for his race-winning potential and consistency with a full-time position on the GASGAS Racing Team for 2023 riding the MC 250F.

Also 20 years of age, Ferguson joined our official team in the final rounds of the 2022 ProMX season and remained for his rookie campaign in the Australian Supercross Championship (AUSX), which was highlighted with a breakout podium in Adelaide”.

“I’m really happy to be stepping onto the GasGas brand,” Duffy said. “To be back racing and to have this opportunity to showcase what I’m still able to do on the bike! Physically I’m back to full-strength riding, so I feel like by the time Wonthaggi rolls around, I’ll be in a better spot than what I’ve been previously, both with my fitness and preparation.

“I’m excited to get this season underway because, while it’s a new team, there are a lot of familiar faces around, so I’m really comfortable here already. I think a lot of people will have nerves on the start-line of round one, but for me, it’s going to feel like a massive weight off my shoulders and I can’t wait to get there!”