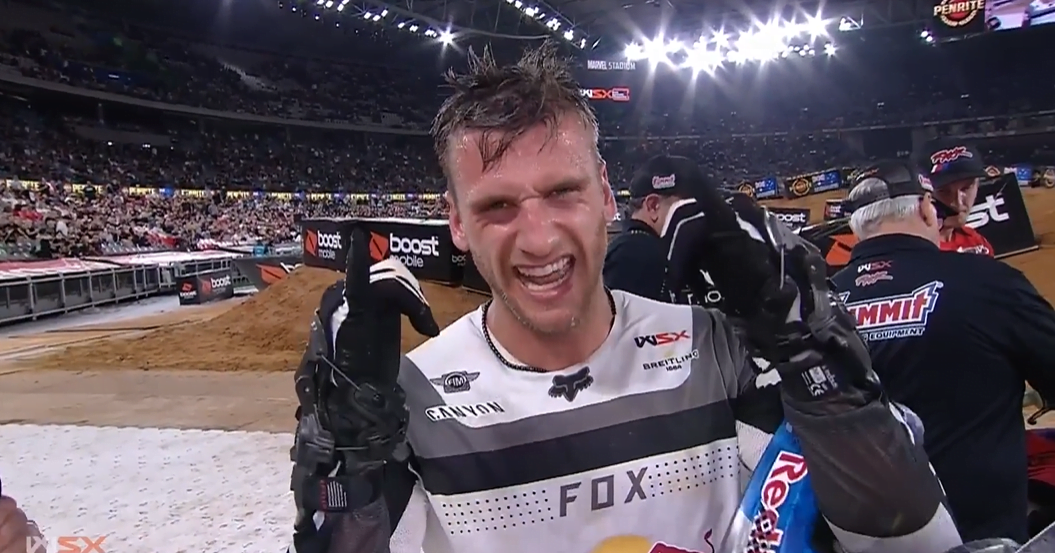 The two-race 2022 FIM World Supercross series is officially in the books and it’s Ken Roczen and Shane McElrath who came out as the big winners in the “pilot season” of this new Championship. This whole series started when FELD Entertainment decided not to renew their contract with the FIM (Fédération Internationale de Motocyclisme) for 2022. FELD Entertainment knew that they didn’t want to go international with the AMA Supercross series and they no longer needed the FIM’s input in American Supercross. In response to this, the FIM went searching for a new promoter to host an FIM World Supercross series.

When it was first announced last year that the SX Global group had earned the FIM rights to host this series, it was hard to believe they would actually be able to pull it off. Although the series only consisted of two races (it was originally slated to be three races this year with a longer, more legitimate schedule for 2023), it did happen and incredibly, the series was able to get Eli Tomac to show up for the opener in the UK and they got Ken Roczen to do both races.

Honda rider Ken Roczen has claimed the World supercross championship in the Australian. After winning the opening final the Honda Genuine Fire Power Honda Racing rider DNF’d final two with a flat tyre. In the end though, Roczen prevailed to win his second World championship, to go with his MX2 title from more than a decade ago.

American Shane McElrath won the 2022 World Supercross Championship in the SX2 class. With McElrath going 2-2-1 for the overall and clinching the world championship.