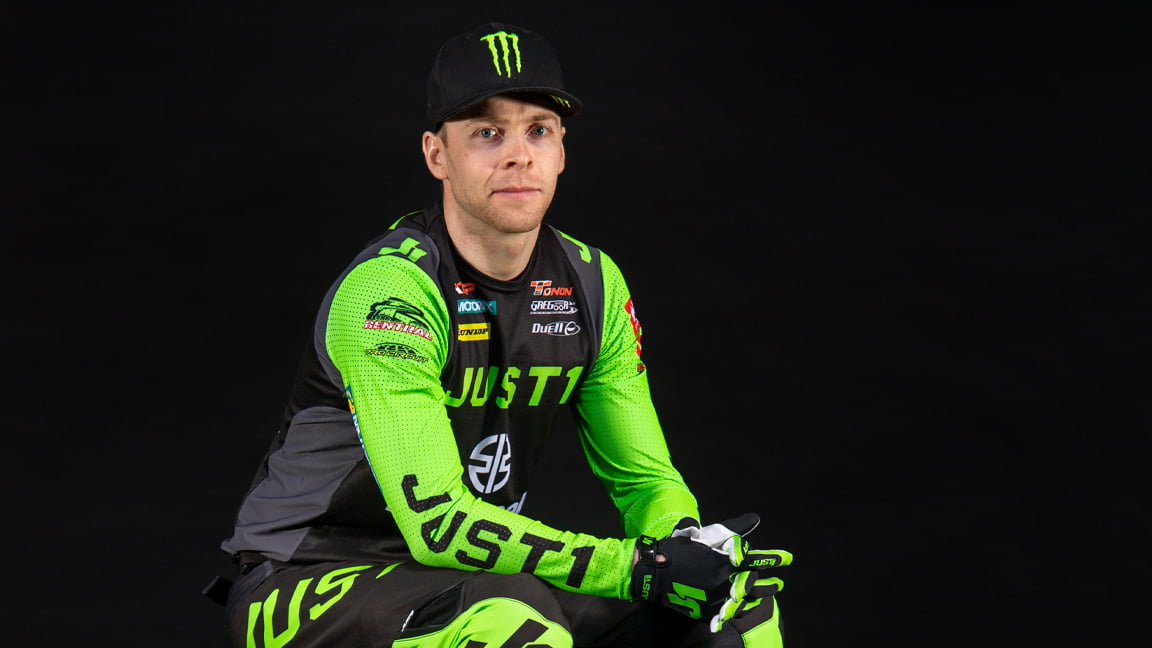 Romain Febvre will not be able to return to racing during the upcoming rounds of the FIM MXGP Motocross World Championship as the French rider requires further surgery to his broken right leg.

Both Romain and the Kawasaki Racing Team MXGP had high expectations for this season but the 2021 MXGP World Championship runner-up needs to wait several more weeks before resuming his riding activities. His recovery had been progressing well during recent weeks as Romain was able to undertake a full physical-training programme. “I was able to go cycling, swimming and working at the gym twice-a-day but I still felt some pain in my leg and had several medical examinations to understand where the problem lay. Finally, I underwent minor surgery to remove some screws that were causing irritation and after this intervention in Luxemburg my surgeon made another scan and discovered that the bone was not healing perfectly,” explained Romain, who is now forced to postpone his comeback.

“It’s frustrating of course but there is no other option than to have further surgery next week; they will open my leg, clean the bones and make a bone graft by taking some bone from my hip. I already told my surgeon that if it’s necessary to put some plate or whatever I want to do it to ensure an optimal recovery,” explained Romain who will reduce his physical training schedule for a few days. “Nobody can tell how long it will take to recover but for sure when they will open my leg they will be able to give me more details. My goal remains the same; to work hard and to return to racing as soon as possible. The team has been strongly behind me since the beginning and I can’t wait to join them at the race track.”

Kawasaki Racing Team MXGP team manager Antti Pyrhönen, himself a former rider in the Motocross World Championship, has personal experience of the situation facing Romain: “We knew that it was a serious leg injury and we have been doing all we can to heal it well but it still needs more treatment, in this case an operation and more time. I had a very similar leg injury myself during my racing career so I know first-hand what Romain is going through. The important thing is that his leg will be 100% when he returns; it will heal completely but it takes time. The team has remained behind Romain from day one and will continue to do so; we look forward to working together to get him back where he belongs at the head of the pack when he is healthy.”