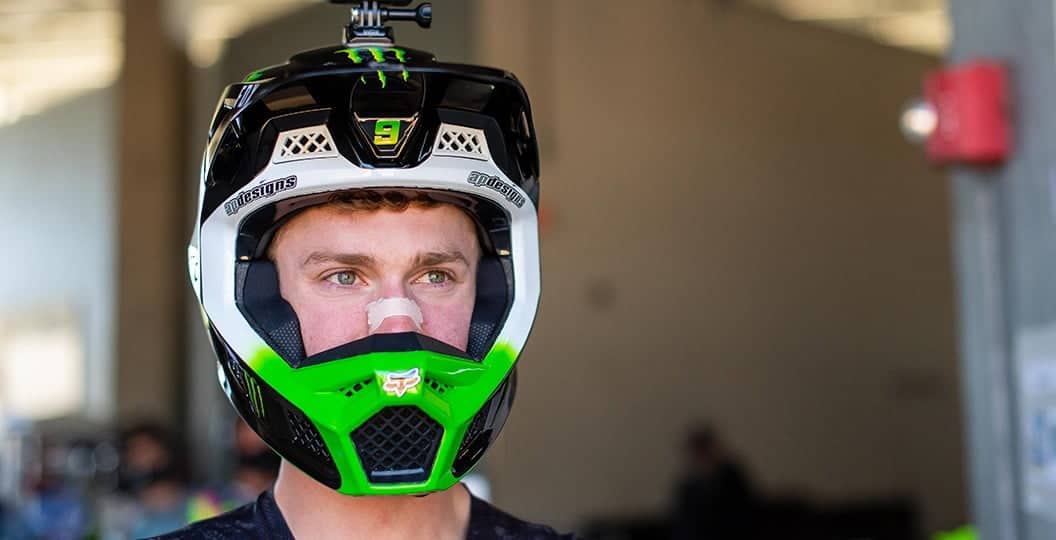 Adam Cianciarulo was having one of his best rides of the season in the Main Event in Orlando 2 after taking the holeshot and then still running a strong second after his amateur rival, Cooper Webb made the pass for the lead.

But it all went wrong for the fiercely ambitious factory Kawasaki rider in the whoops as he tried to hold of Marvin Musquin, getting the timing wrong and going over the bars and into the ground hard, forcing a DNF on what looked set to be his best night of the season.

The rumors are that Adam Cianciarulo have broken his collarbone after that gnarly crash in the whoops section .. still waiting for official statement from Adam and Kawasaki .. we will update as soon as we get more news !!