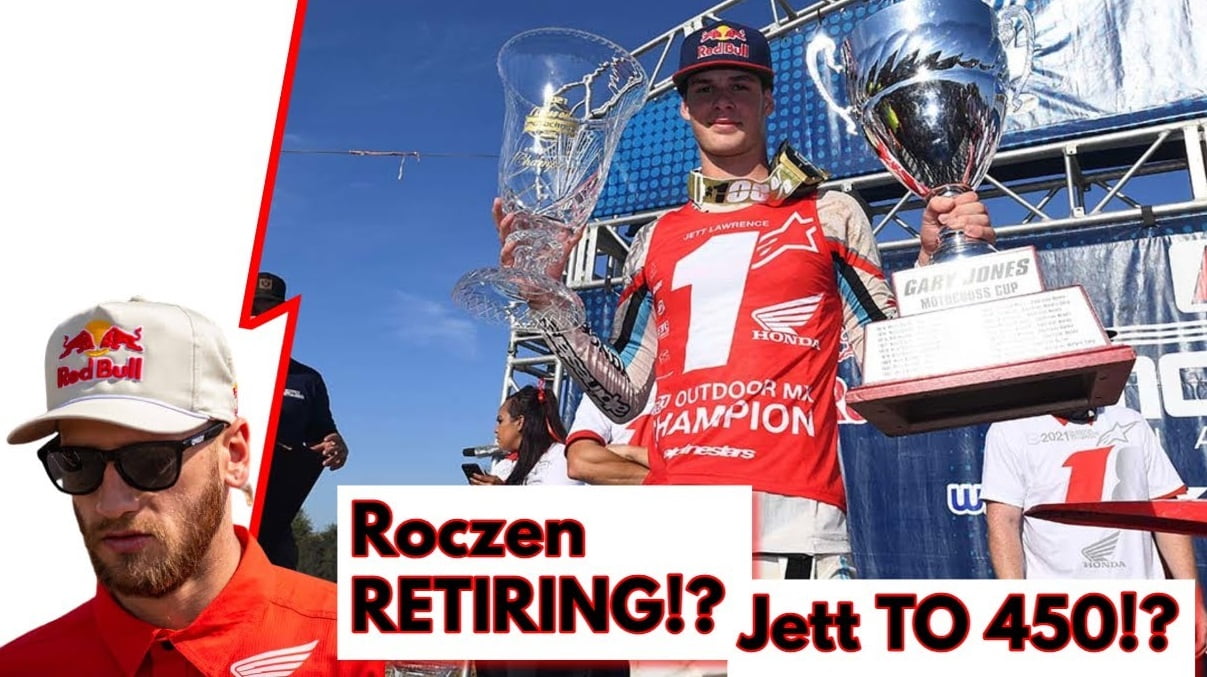 A look at the Honda HRC team and their plans moving into the future. Specifically There star 250 rider Jett Lawrence and what they intend on doing with him. We will also be looking at the teams up and comer Chance Hymas and when they plan on moving him pro. So let’s start by looking at Jett Lawrence. The 2021 250 Motocross champion and the 2022 250 East Supercross champion. With Jett having won both of those titles, according to AMA rules he only has a year to defend each one. This means the 2022 Lucas Oil Pro Motocross championship is his last season on the 250 and the 2023 250 Supercross championship is his last for supercross. Which means he will either move up to the 450 in 2023 or 2024. According to some insider information that has come out recently, it looks like Honda intends on moving Jett up to the 450 in the 2023 Lucas Oil Pro Motocross season.

This gives Jett a season to learn and adapt to the new class. This follows the exact plans Honda had for Chase Sexton a couple years back. So it seems for sure Honda HRC will move Jett Lawrence up in 2023, with hopes that he will be a title contender in the 450 class by 2024. Now let’s move on to Hunter Lawrence real quick. Obviously Hunter signed a 2 year extension to his contract this past weekend. This renders Hunter the team’s title contending 250 guy for the next couple years. With Jett moving up and Hunter’s contract being extended this leaves an empty 250 slot. Enter Chance Hymas. Hymas seems to be pointing out of amateur racing this year which would allow for him to move into the professional ranks in 2023, filling that empty slot. Let’s talk about Ken Roczen. It’s not looking good for Kenny at the moment. Roczen and Hunter Lawrence were on the same contract term wise, and Hunter got an extension this past weekend. But Kenny, nothing so far. So the big question is, will HRC spend the money to keep Kenny, bump Jett to the 450 making it a three rider roster, and add Chance Hymas to the 250. This would most likely be a huge budget bump for the team as these riders aren’t cheap. Or will they drop Roczen, likely pushing him into retirement. But only time will tell.