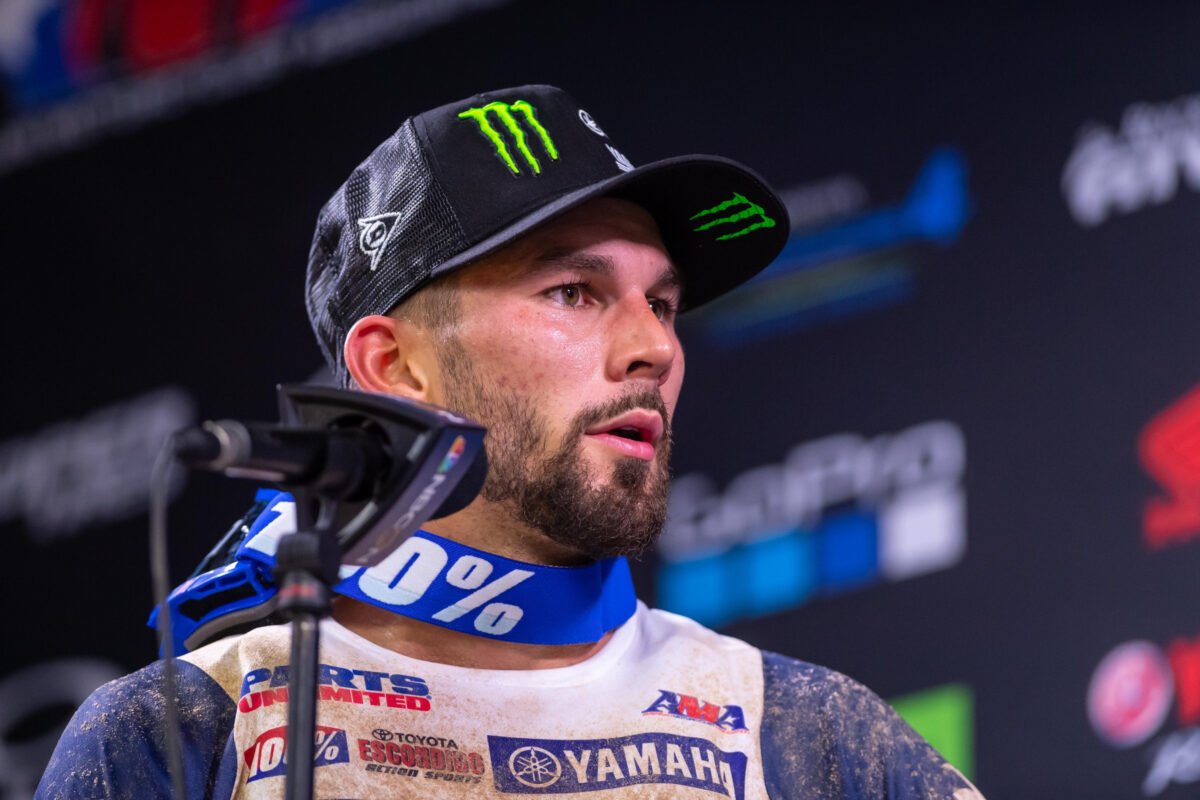 “Joining the FIM World Supercross Championship has been a thrilling addition to our existing Motorsport programs,” said Rick Ware. “Not only does this give our organization an opportunity to cultivate partnerships globally; it also allows us to reach new fans all around the world.”

RWR’s World Supercross effort for the 2022 season will comprise of Shane McElrath and Joey Savatgy in the 450cc (WSX) class and Ryan Breece and Colt Nichols in the 250cc (SX2) class.

“I returned to supercross for one reason – to compete for a world championship, and I have every intention of winning”

“These four riders know exactly what it takes to win at the highest level and each of them bring the skill, experience, and competitive drive we need to accomplish this goal. I couldn’t be more motivated and optimistic about our chances.” said Ware.

Savatgy, a Georgia native hailing from Thomasville, has an established history in supercross and motocross dating back to 2013. His accomplishments include (10) career 250-class wins across the Monster Energy Supercross and Lucas Oil Motocross series, along with earning 450SX Rookie of the Year honors in 2019. He brings a wealth of experience, know-how and an overall winning pedigree to RWR that will play a critical role in the team’s efforts for the FIM-sanctioned World Supercross Championship.

“I’m grateful to Rick for having the confidence and belief in me to represent RWR for this inaugural pilot season for WSX, and I could not be more pumped about this chance to compete in new countries for an FIM-sanctioned World Championship,” said Savatgy. “There is enormous opportunity to expand our sport on a global level, and I’m proud to be a part of that in the WSX series.”

Hailing from Canton, North Carolina, Shane McElrath has been a professional rider and fierce 250cc competitor for nearly a decade, compiling eight wins in 250cc across the Monster Energy AMA Supercross and Lucas Oil AMA Pro Motocross Championships. He is a two-time 250SX West runner up in Monster Energy Supercross.

“I’m thrilled to take on this totally new and unique challenge with Rick and the team in the WSX series, fully motivated to put an FIM-sanctioned World Championship on my resume,” said McElrath. “The notion of building on the incredible success of supercross in the US and bringing our sport to new fans around the world is truly exciting and something I’m proud to be involved in.”

Breece said, “I am happy to announce I will be racing the FIM World Supercross Championship series for Rick Ware Racing in the SX2 Class. I’m looking forward to competing in this new series, with competitors from all over the world. Can’t wait to see you on the gate!”

“I’m excited for the opportunity to compete in the SX2 class and try to chase a Championship,” said Nichols. “This year I haven’t had the opportunity to compete due to my injuries in January, so I’m thankful for Rick and the team for allowing me to get back on the bike. The global nature of this series, and the future plans for 2023, adds an opportunity to take our sport and expose it to new fans and I can’t wait to be a part of its growth.”The FIM World Supercross Championship recently announced tickets were on sale for the first Grand Prix at Principality Stadium in Cardiff, Wales, which can be found HERE and second event in Melbourne at Marvel Stadium, found HERE. The FIM World Supercross Championship will take place annually with 2022 serving as a “pilot” season, allowing the championship to establish itself and build momentum going into 2023. From 2023, and subsequent years, will see the FIM World Supercross Championship expand annually between June and November, with up to twelve events in 2023.