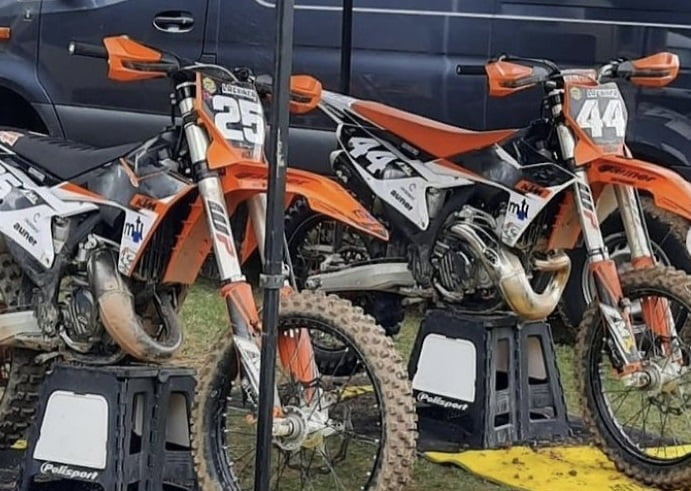 KTM will make an official launch of the new 2023 SX bikes at 10th of May, but our fans spotted another bike with TBI (Throttle Body Injection), this time a KTM 250SX!!

The electronic Power valve can work now with the Throttle Position Sensor, delivering more accurate and probably a more controllable power! Now the question is, how do we tune the PW? On the older versions, we had some springs to adjust.

Crankcase pressure sensor is still in place, now closer to the engine, a little bit exposed for the future hard enduro bikes.

We like the idea of the eStart, now KTM finally made a strong start system after ages! As you can see, black clutch and ignition covers looks nice! The PW screw is missing.

Now the injectors are in the Throttle Body, made by Keihin, pretty exposed as well, especially those plastic connections, right above the chain… let’s hope this is the concept engine, and everything will be well organized and protected!