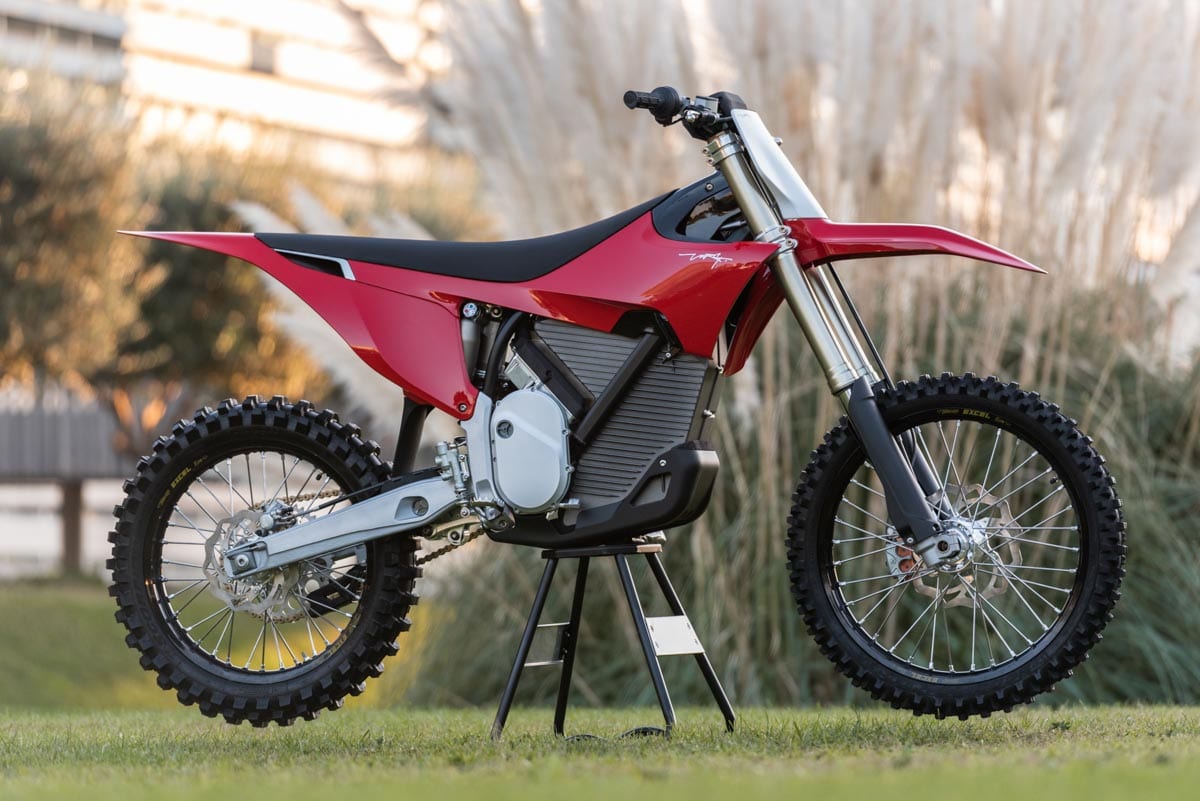 The Stark VARG is the first electric motorcycle to be the performance leader within its category. The new model will reorientate the industry with its patent-pending technology and design features, to inspire riders and racers towards sustainability. In order to outperform traditional technology, the Stark VARG has been developed from the ground-up, building the power train and chassis to work perfectly together and optimizing every component for its purpose. It is physical proof that an electric motocross bike can outperform combustion-engine equivalents in every single way.

We spoke to Anton Wass, Stark Future CEO and Co-Founder today in a rather lengthy interview, which will be run later today, but something that might get some people talking is the fact they want to race the Stark electric machine in MXGP as early as 2023. Full interview later today.

Anton Wass: Yes, for sure. Our ambition is to prove our bike is superior by lining up on the start gate with the gas bikes. We want to race in MXGP and AMA supercross. We are currently talking with federations about that. We would look at doing some races in 2022, but full-time in 2023. Everyone believes the electric bike is the future and our ambition is to race MXGP and AMA in 2023.

It is lighter than the current bikes, at least lighter than all the Japanese 450s and our bike is 110 kilos, and it is also lighter than the new KTM. Potentially it is the lightest of the 450s. More importantly it feels significantly lighter, due to the massive reduction in rotating mass. And we also have the lowest centre of gravity, so it feels a lot lighter than the other bikes.

I don’t know if you know, but in the last 10 years 20% of all tracks in Europe have closed, due to noise. That is one in five tracks, an important factor that this is a way to save this sport. At the same time, we said lets only built an electric bike that is also better than the other bikes and more fun.

The battery will last as long as a full tank on a 450, so if you arrive at the track with a fully charged bike, which should get you through the whole day. If you are an MXGP rider you would need to charge it between motos. What we have found is half the tracks we have visited already have electricity and maybe this is a way for the tracks to make some money, by charging for electricity. It the way to charge the batteries, will also evolve over time.

To read the whole interview MXLARGE