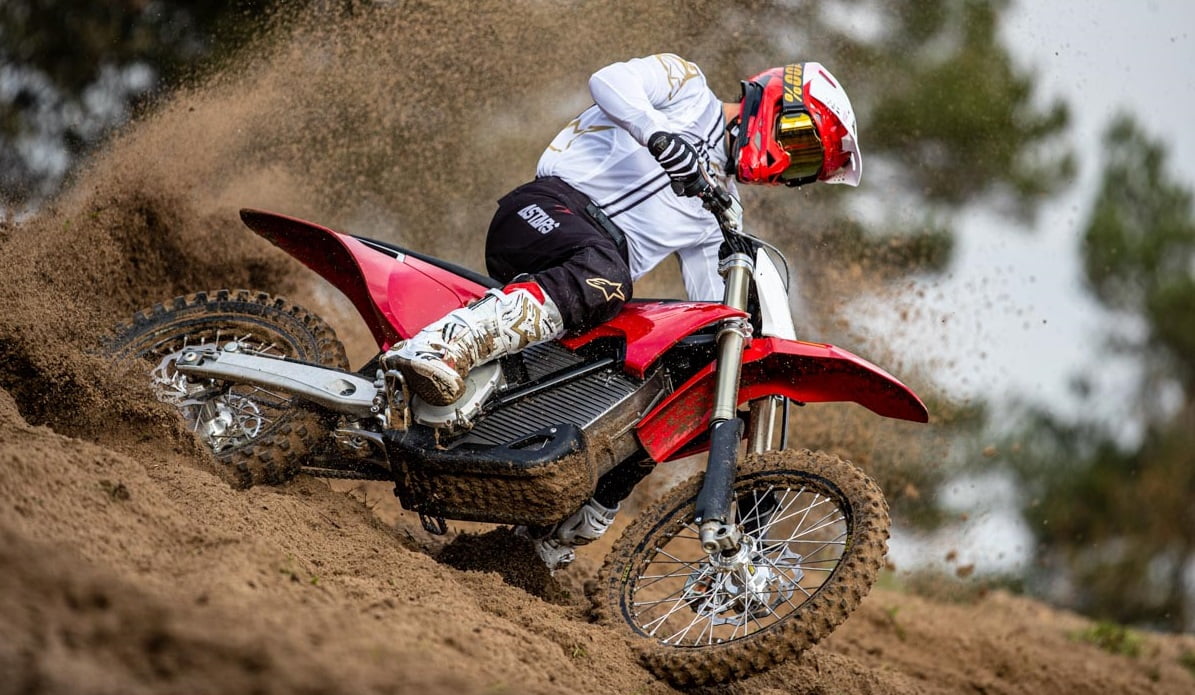 Stark is a new motorcycle company from Spain that just announced its first product: an electric motocross bike said to produce as much as 80 horsepower and weigh around 242 pounds. The model is called the “Varg,” and has been developed by Sebastien Tortelli and Josh Hill. Some might remember Hill’s impressive performance on the Alta Redshift at the 2016 Red Bull Straight Rhythm.

Stark Future was born to challenge and inspire the motorcycle industry to sustainability. The company’s first serial production model – the Stark VARG motocross bike – proves that electric technology is superior to gasoline equivalents in every single way.

The 110kg (242lbs) 80hp Stark VARG is the first electric motorcycle to be the performance leader within its category.

Range: Up to 6 hours