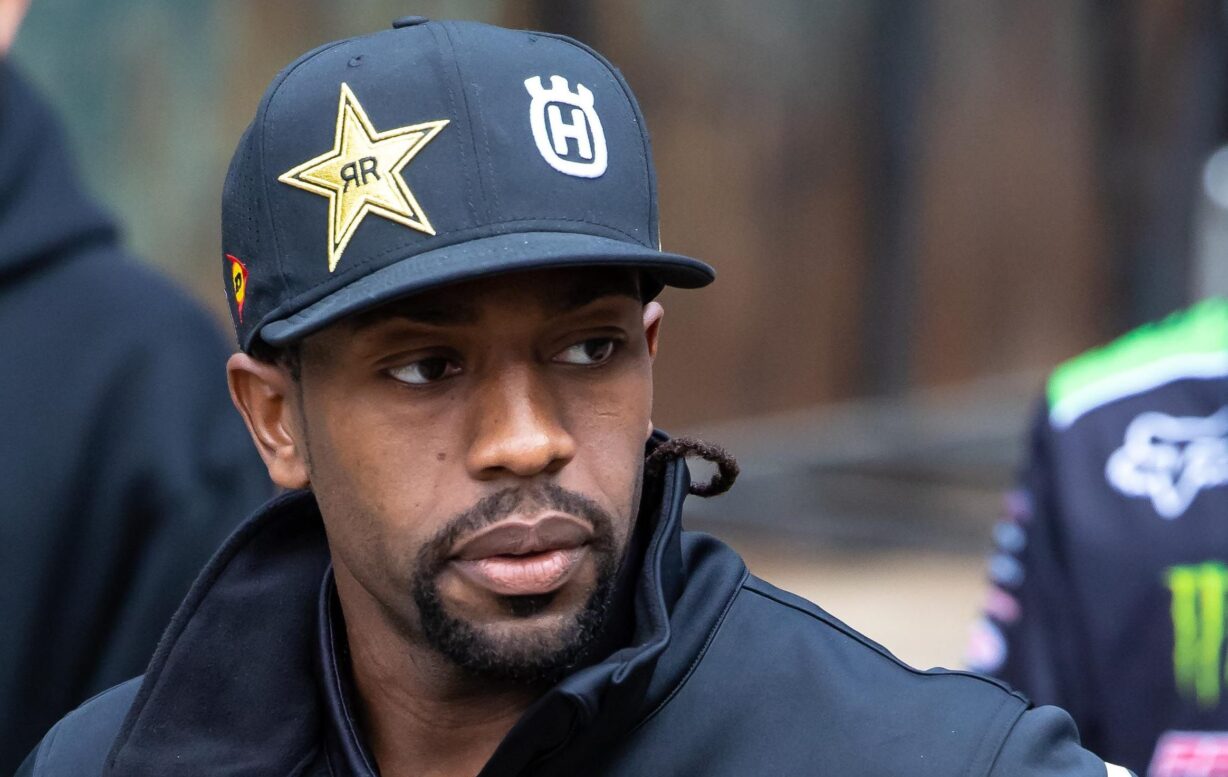 Making the trek to Angel Stadium is an annual tradition for the AMA Supercross Championship, but this year added a new layer of intrigue, as it was also the kickoff of the new SuperMotocross era, where the Supercross and Pro Motocross seasons link together for the first time. RJ Hampshire topped the results for the Rockstar Energy Husqvarna Factory Racing Team, where tough track conditions brought on by an unusual string of rainy days in Southern California made it extremely challenging for all the riders.

250SX
Part of the mystery of any season-opener is to see how all the riders stack up, and the night started off in the best way possible for RJ Hampshire, with a win in his heat race packed with talented title contenders. When the gate dropped for the 250SX Main Event, Hampshire started off in the fourth position, but methodically moved forward. With less than two minutes left to go, he moved into the second spot and finished slightly over five seconds behind the top spot.

“Man, we had an awesome day,” Hampshire said. “From start to finish we were solid. I felt like my riding was really good. My starts were decent, and it was a solid start to the season with a P2. We’ll take it and lead into Oakland. Hopefully, we can do it again.”

450SX
Malcolm Stewart experienced a little bit of everything during the 450SX Main Event. Nearing the halfway point, he took advantage of a bobble by last season’s champion and took over the lead for several laps. Later, contact with another rider forced him off the track. In the closing stages of the main, he had a crash that dropped him to the back of the pack. But even with the tough finish, he was left with a positive impression at the start of the season.

“The day started out pretty slow. I didn’t really ride that well in practice and the track was pretty tough, but I got to a point where I was like, ‘You know what? I just need to turn this dayaround,’ because I felt like I work too hard to get to this point,” Stewart said. “I got a decent start in the main event, and just did the best I could. I started riding, clicking off laps, making some good passes, and smart choices. I was leading the main for a while, which was amazing. I don’t think I’ve done that in my whole entire career. Just having all that pressure and dealing with it, if anything brings confidence to me because I know where I belong. I’m very proud of myself. Unfortunately, we did have a crash with three laps to go. It was a big crash for sure. I’m glad that I’m healthy and walked away from it, so we live to fight another day and I’m more proud of myself because of how my day was going and me turning it around and going like that, and doing what I’m supposed to do just brings more confidence for me. I’m looking forward to Oakland.”

For the newest member of the Rockstar Energy Husqvarna team, Christian Craig, it was a tough way to start the season, finishing 13th on the night in the 450 class.

“A1’s done and it was a rough day for me,” Craig said. “I started off good in practice and then had a pretty big crash in the whoops and from there on out it was a struggle. I rode tight and not like myself. I’m pretty frustrated with the night, but we’re healthy, we’re moving on, and only up from here. I’ve just got to work on starting up front and putting myself in a good position to battle more next week.”