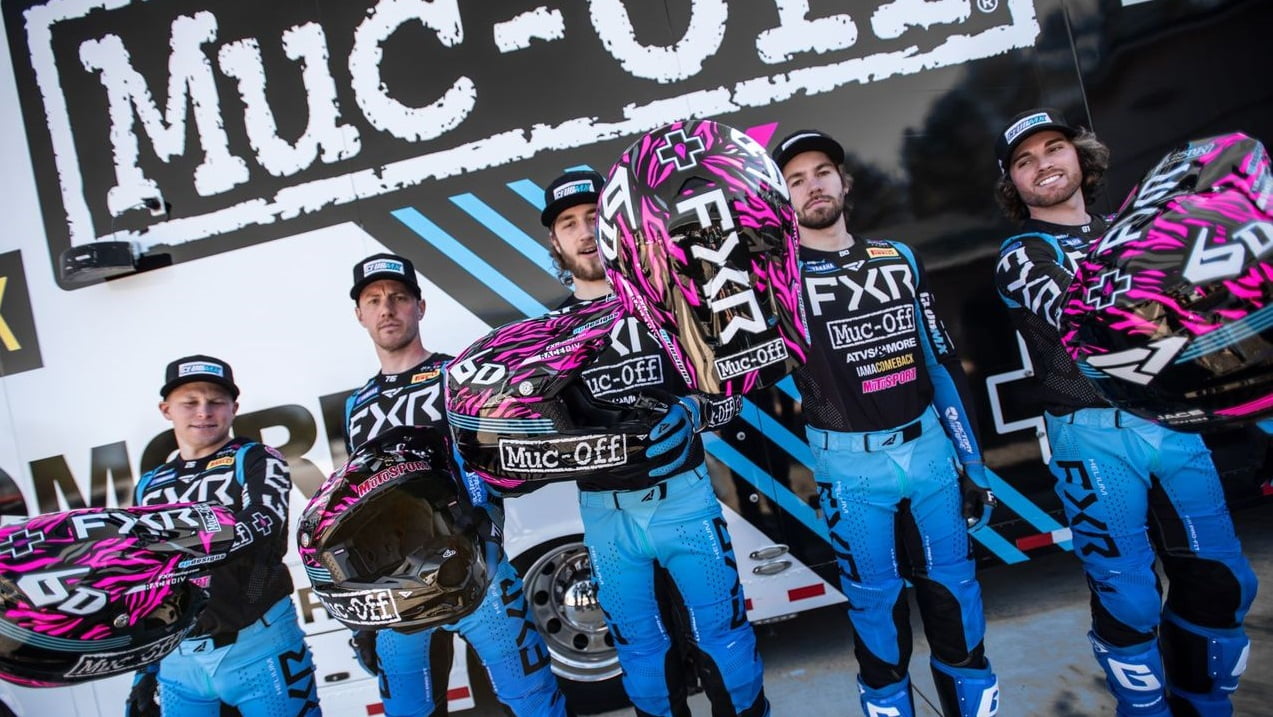 Muc-Off is proud to announce it will become co-title sponsor for AMA Supercross team Muc-Off FXR ClubMX for the 2022 season.

Muc-Off FXR ClubMX, run by ClubMx president Brandon Haas, will be competing in both the East and West coast of the US world championship: Monster Energy AMA Supercross for the first time as well as the Lucas Oil Pro Motocross championship later in 2022 with a huge 6 rider line-up.

Heading up the team is Alex Martin who is a 2-time Lucas Oil AMA Pro Motocross Championship 250 Runner-Up. Martin is leading the way in the 450 class for the team in 2022 onboard the Yamaha YZ450F. He will be competing in the full Supercross and Pro Motorcross championship and has a long history with ClubMx as he broke into the ranks as a young pro whilst training at the facility.

Muc-Off FXR ClubMX run by Brandon Haas will be competing in the premier division of the US world championship: Monster Energy AMA Supercross and the Lucas Oil Pro Motocross series during 2022.